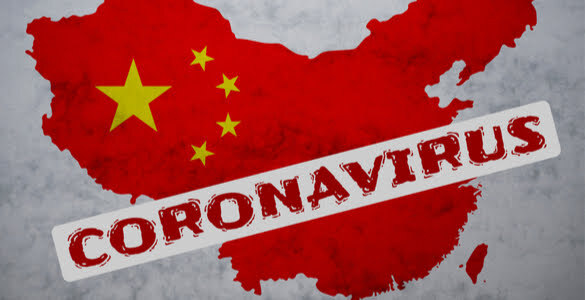 Known as 'Bat Woman,' one of the top virologists in China is speaking out and pleading with the public to keep getting vaccinated.

While some viral experts are warning the new Delta variant is the most contagious virus in human history, Shi Zhengli is the head of the Center for Emerging Infectious Diseases at the much-discussed Wuhan Institute of Virology. An unfounded conspiracy theory—notably espoused by, among others, Republican lawmakers in the U.S.—alleges that the pandemic resulted from an engineered coronavirus leaked from the institute. Shi's research has found that the virus most likely originated in Chinese horseshoe bats before jumping to humans.

Shi Zhengli's warning matches the warnings of Dr. Anthoney Fauci are who said the world should be prepared to live with a continuing stream of variants for the foreseeable future. Dr. Fauci is going a step further, insisting it could be a health problem that exists after he passes away.

Even worse, both viral experts insist that members of the public should not hesitate to get vaccinated because of the virus's evolving variants. Other experts agree that the longer the virus can spread among a broad segment of the population, the more likely it will mutate into new variants, some of which may be more resistant to vaccines and even more deadly. Perhaps mutating into an Alpha / Omega variant kills hundreds of millions of people vaccinated and unvaccinated.

"People who say, 'I don't want to get vaccinated because it's me and I'll worry about me, I'm not having any impact on anybody else,' that's just not the case. Because when people don't get vaccinated, it allows the virus to circulate through the community."

The Delta variant is the mutation receiving the most attention now. More infectious than the original strain, Delta is one of the primary reasons for the recent resurgence of virus cases in the U.S., mainly among unvaccinated people. Health experts say the vaccines currently available still offer suitable protection from COVID-19 caused by Delta.

Another mutation causing primary concern is the Lambda variant, which has recently been detected in Louisiana. Unlike Delta, Lambda appears to show some resistance to vaccines, according to Japanese researchers. It is unclear how resistant it is to vaccines available in the U.S., as its tests used Chinese doses.

The Lambda variant may indicate that we are one step closer to an Alpha / Omega variant that kills hundreds of millions of people across the globe.