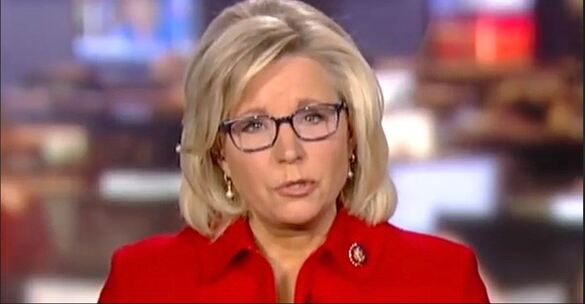 Allies think that such help and other forms of support may be crucial to Liz Cheney maintaining her seat, both in terms of raising the millions of dollars she will need to combat Trump's financial juggernaut and motivating her own constituents.

The reelection campaign of Rep. Liz Cheney (R-WY) is being supported by a large number of Republicans, including members of the Trump administration and members of Congress.

According to rumors on Wednesday, former President George W. Bush will hold a fundraiser for Cheney next month, providing her with a boost from the Republican Party's traditional wing of support.

On the other hand, supporters think that more Republicans sympathetic to Cheney's brand of conservatism will come out of retirement to rally behind her in a primary knife fight against attorney and old friend Harriet Hageman.

Rep. Landon Brown (R), a Cheney ally said, "I'll knock on doors, I'll make calls if I have to, I'll use my social media presence, professionally and personally," said state Rep. Landon Brown (R), a Cheney ally.  "I think it's going to be much more than many people anticipate," he added. "You're gonna see a lot of the people that are out there that do support her and recognize her value ... and it's just going to be a matter of who shows up more and who can get more people to the polls."

The Dallas fundraiser Bush will host with Republican strategist Karl Rove next month is so far the most visible expression of support for Cheney from a faction of the party that has become increasingly marginalized as former President Trump tightens his grip on the party. Former Vice President Cheney will join Bush and Rove.

As has Country First, an independent group headed by Illinois Representative Adam Kinzinger (R), another outspoken Trump critic inside the Republican Party, the former Speakers Paul Ryan (R-Wis.) and John Boehner (R-Ohio) have both contributed money and support to the Wyoming Republican.

Allies think that such help and other forms of support may be crucial to her maintaining her seat, both in terms of raising the millions of dollars she will need to combat Trump's financial juggernaut and in terms of motivating her own constituents.

According to Joe McGinley, former chairman of the Natrona County Republican Party, "Rep. Cheney has been successful in collecting funds in the past, and having party stalwarts like President Bush voice up would only help."

"The greater the number of individuals that stand up and speak out on your behalf, the more it will aid in rallying the troops."

Later in the year, Cheney ruffled Trump's feathers when she voted to impeach him for his role in inciting the violence that occurred on January 6.

Even though he had left office, she continued to attack him, and she drew considerable condemnation after accepting Speaker Nancy Pelosi's (D-CA) invitation to join the special House committee investigating the insurgency.

As a consequence of the backlash against her, House Republicans voted in May to remove Cheney from his position as party chairman.

Eventually, Trump came out in favor of Hageman earlier this month, calling Cheney a "RINO," which stands for "Republican in name only," and the Democrats' "number one provider of sound bites," according to a blistering statement released by the White House.

Cheney's supporters universally agree that Trump's participation will present major obstacles for her reelection campaign. Still, others believe that his endorsement may motivate some of Cheney's followers to participate in the campaign.

Mark Christensen, a former Campbell County commissioner and supporter of Cheney, said, "Everybody here was just sitting around waiting to see who got picked. ... Now that everybody's had a little bit of time to sit back and watch, I think that she'll start to see some things moving."

As part of their strategy to counter the Trump-led offensive, Cheney's team will likely carefully time their endorsement and funding announcements to maximize their overall effect.

However, she does have the benefit of the calendar on her side.

Since the state's primary doesn't take place until August, Cheney will have plenty of time to shore up her defenses. She will also have as much time as possible between her contentious impeachment vote and when voters will cast their ballots, which supporters believe will be crucial in the primary election.

"I think that the anger aimed towards her is waning with time.  If the election had taken place in March 2021, right after the impeachment, she would have been gone," Christensen said.

The summer, when primary voters started to pay attention to the nomination fight, was expected to be the time when Cheney would make significant endorsements, according to observers.

Besides figuring out when Cheney's allies will show out in force, her supporters are split on who they believe is most equipped to defend her.

Some believe that support from people like Bush is essential, citing the former president's power and link to a less volatile brand of conservatism as reasons for their belief.

President Bush, for example, has taken the initiative and spoken out. "That is usually what Wyoming people believe in, that flavor of politics that is centered on ideas rather than personalities," McGinley said.

On the other hand, many others are concerned that bringing in too many outsiders would hurt Cheney by confirming that she is too worried about national politics.

According to Paul Bertoglio, chairman of the Natrona County Board of Commissioners, "her fundraising in Texas will annoy people because it isn't in Wyoming, it's out of state, and all that stuff."

Even if it meant upsetting Trump, Bertoglio predicted that some of Wyoming's elected officials would come out in favor of Cheney and that those more familiar with her conservative voting record should take priority over individuals like Bush. He was correct.

"As elected officials, we all make a vote or two that annoys your constituents to the point where they say, 'I will never vote for you again.'

Finally, when people look at your whole record and compare it to someone else's, they say: 'You know what? Maybe I can see beyond that.'

"I think they will," Bertoglio replied when asked if Wyoming lawmakers would back a candidate who was opposed to Trump's selection. "I believe they will."

"They are aware of the fact that she did an excellent job."

With a few exceptions, she is not a RINO or anything like that, except a few of occasions when she voted against what Trump did."

Nonetheless, since the primary is being regarded as a litmus test for Trump's authority, it is anticipated to draw the last remaining national leaders opposed to the president.

"This is something we're going to see a lot more of," Republican strategist Doug Heye said.

"However, I'm not sure whether it will be sufficient.

I don't think we'll know until after the primary, but it's clear that this is about one member of Congress as much as it is about the direction of the Republican Party in the coming years."

The Wyoming Values PAC, an independent political action committee, received advice from a Cheney acolyte who said, "There is no Cheney wing, just a Cheney slice of the party that is quickly going away."

Allies think it is unlikely that Cheney's conservative wing of the party will escape losing the primary election.