Thursday's US Futures were Generally Negative 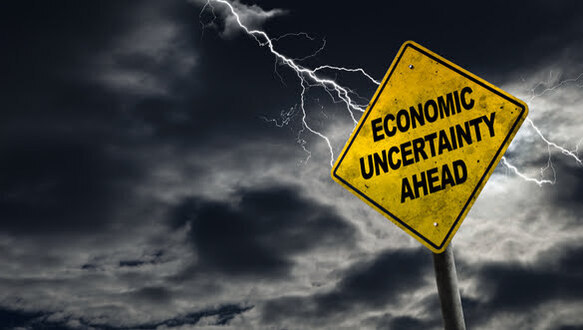 Stock futures investors are concerned that the massive U.S. inflation data may push the rate over 7.2 %

Investors are keeping their powder dry in anticipation of today's consumer price index drop, which is expected to be released an hour before the opening bell in New York.

Before releasing that important number, stocks in Asia and Europe were slightly higher, but S&P 500 and NASDAQ futures were trading sideways as traders remained cautious ahead of the latest pivotal reading on inflation in the United States. Cryptocurrencies were also in turmoil, with Bitcoin trading 0.3 percent lower at around $44,200. One of the most popular inflation-hedging bets, Ethereum's Ether, was down 1.5 percent on the day.

What you can expect is as follows: Economists predict that prices in the United States will rise again in January, bringing the year-on-year CPI rate to 7.2 percent, the highest pace seen since the last months of the 1981-82 recession, during Ronald Reagan's first term as president.

Whether or not Americans paid last month for used Honda Accords (and the gas to fill them up), toilet paper, rent, and avocados will be closely scrutinized by policymakers at the Federal Reserve. According to market expectations, the central bank is almost expected to hike the prime lending rate next month. A higher-than-expected CPI print, on the other hand, could send a jolt through the markets, increasing speculation that the Federal Reserve will have to accelerate rate hikes this year or raise its lending rate in more significant increments.

That is the level of uncertainty that exists today in the world of risk assets.

"Inflation is unquestionably the market's kryptonite at the moment," argues Jim Reid, Global Head of Credit Strategy and Thematic Research at Deutsche Bank, in an investor note published today. "The Consumer Price Index (CPI) in the United States is approaching a critical juncture. The market will likely be pricing in some 50 basis point Fed rises into the calculation for 2022 if we don't start gliding down in line with expectations very soon.

According to him, "today's number is difficult since Omicron has the potential to cause distortion that will unravel next month."

Analysts warn that while the highly contagious COVID variant is declining in the United States and much of Europe, its effects will be visible in today's inflation data report. As Bankrate's chief financial analyst Greg McBride points out…

"Omicron has caused factory shutdowns and threatened port closures in parts of Asia, which will only perpetuate the type of supply chain constraints that are driving inflation higher."