The Week That Was On Wall Street 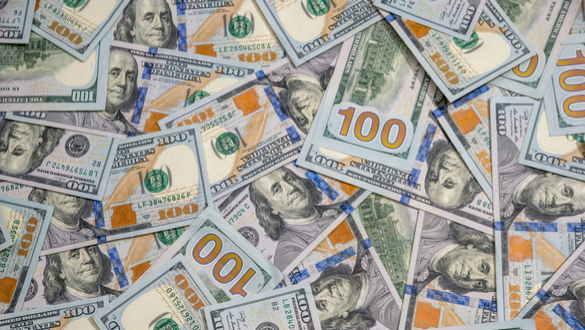 The NASDAQ 100 lost ground on Monday, Wednesday and Friday but rocketed on Tuesday and Thursday and as such closed higher by 2.20%. However, when you look under the hood one comes away with  concern. Many top performers are down more than -20% from their highs including Tesla (TSLA) and Shopify (SHOP) and even Nvidia (NVDA) is down -16% for the year.

ARKK  a fund run by Cathie Wood is down -19% from its February peak. The media is obssessed with this fund, never a good thing. On Monday it was down -29% since its top. Most stocks in the ETF are taking on water as investors bail and this ETF could be the canary in the coal mine. Prediction: it closed today at $126.68 after hitting a low of $110. The ultimate low before this cycle runs its course will be $100 or lower.

The reason high growth stocks are becoming toxic is because interest rates are rising. The yield on the 10 year bond is now 1.625%. It has climbed from 0.92% at the beginning of the year, this move is "fast and furious". A move up to 2.00% in short order will make the pain of February/March look like a walk in the park. The sudden jump in rates is beginning to affect other asset classes around the world. This is a great time to raise some cash.

Gold via GLD is now down -9.46% for 2021. Other commodities are mixed with oil performing the best. Foreign markets like China are falling as it is down over -11% from its high. Our favorite ETF to track all asset classes AOR has formed a nice head and shoulders formation. Such a formation can be a precurser of things to come. We will be writing on some of these issues over the weekend so make sure to check back.