The Week That Was: Holy S$%! What Happened 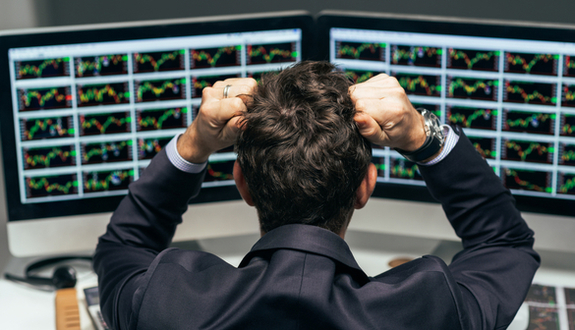 The S&P 500 was higher one day and lower on four days this past week which is the third week in a row of such action which is rather amazing and hard to fathom.  This action continues to remind investors of the declines in the first quarter that until three weeks had been removed from recent memory.

On a sector level, for the week only Conglomerates was in the green up a whopping 0.1%. The laggards were all others with Industrials down -5.1% and Materials -5.31%.  Technology stocks were not much better dropping -3.70%.

The smaller market capitalization names barely beat large cap returns this week but a win is a win. Small cap via the Russell 2000 lagged this past week dropping -3.78% versus the S&P 500 -3.98%.

We had one open position in Gold & Energy Options Trader and closed out for a gain of 14.28%, puts on natural gas.  There were no new positions in Options Index Trader as we decided to sit out the insane volatility.

No positions were added to the Superstock Investor Morning Matters Portfolio this past week and it remains with cash of 42% and is up 0.60% for the year.

Among the top stock performers were Tesla (TSLA) up +27.27% on earnings and K2 Holdings (LRN) up 27.28%. Tesla Chairman Elon Musk may have the last laugh on short sellers.

Where do you start with the top losers for the week, as there were too many to mention? The only good thing about this week is that it is over.