The US Will Reopen Borders for Fully Vaccinated Travelers 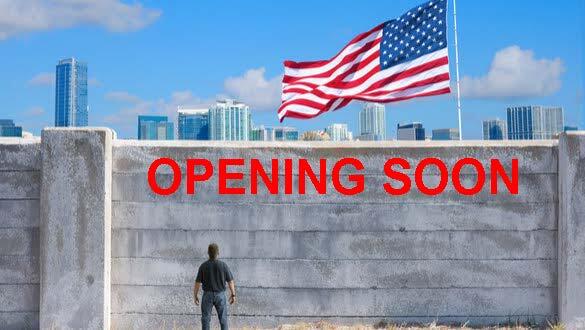 The United States is preparing to reopen the borders with Canada and Mexico for the first time in almost two years, but only to visitors who have received all required vaccinations.

Beginning in November, the Biden administration will lift travel restrictions at the United States' borders with Canada and Mexico for fully vaccinated travelers, reopening the country's borders to tourists and separated family members who have been barred from entering the country during the pandemic.

On Tuesday, senior administration officials announced that foreign travelers who show proof of vaccination and are planning to visit family or friends or shop in the United States will be permitted to enter the country. The announcement comes weeks after the administration announced that it would soon lift a similar sweeping restriction on foreigners traveling to the country from other countries.

When the travel restrictions are lifted, the United States will essentially resume normal operations, marking the beginning of a new chapter in the country's recovery from the epidemic that has kept its borders closed for almost 19 months.

However, the new criteria also suggest that only travelers who have been vaccinated will be permitted to enter the United States.

Officials have said that passengers who have not been vaccinated would continue to be barred from crossing the border into Mexico or Canada.

Authorities say that those who have never been prohibited from going over land borders, such as commercial drivers and students, will be required to provide evidence of vaccination before crossing beginning in January. This will give them time to adapt to the new regulations.

The travel restrictions, implemented in March 2020, only applied to "non-essential passengers," such as relatives traveling to see family members or shopping, who were important sources of revenue for border towns.

Several politicians who represent such areas have appealed to the Biden administration to remove the limitations to relieve the companies suffering.

Sen. Kirsten Gillibrand (D-NY) said that the limitations had cost Erie County, in her state, at least $660 million a year in lost revenue.

Senator Kirsten Gillibrand said that thousands of companies, medical providers, families, and loved ones who rely on passage across the northern border would be relieved by the reopening of the border crossing.

Officials did not provide a specific date for when the travel restrictions will be lifted, as is customary.

More than two months had elapsed before Canada reopened its borders; Mexico, on the other hand, did not shut its northern border throughout the epidemic.

A second border policy, established early in the epidemic to turn away migrants seeking refuge or economic opportunity, will be maintained by President Biden. This stance has drawn criticism from a senior State Department official and the administration's medical experts.

Officials said that the decision on the land borders was taken in part to coincide with the reopening of the country's air borders to international visitors.

When entering the United States by air, travelers will be required to provide evidence of vaccination and the results of a negative coronavirus test; however, individuals going through land borders will not be required to submit to testing.

On Wednesday, a press conference held by Mexico's foreign minister, Marcelo Ebrard, claimed the country's vaccination campaign had a part in the hospital's reinstatement.

Ms. Ebrard said that "the immunization rates in Mexico are very high or similar to those in the United States," citing statistics from Mexico's northern region, as well as the rest of the country.

In the United States, the Centers for Disease Control and Prevention deems individuals completely immunized two weeks after receiving a second dose of the Pfizer-BioNTech or Moderna vaccines or after receiving a single dose of Johnson & Johnson's vaccine.

AstraZeneca's vaccine, for example, would be deemed completely immunized by the World Health Organization, a criterion that one senior official predicted would be applied to people crossing the land border.

According to officials, foreigners crossing the border from Canada or Mexico with two doses of different vaccinations were still being considered by the CDC.

Many Mexicans have received vaccinations that have not been approved by the World Health Organization, such as the Russian-developed Sputnik V vaccine or the Chinese-developed CanSino vaccine.

In a statement issued on Wednesday, President Andrés Manuel López Obrador said he would urge the World Health Organization to approve them as quickly as possible.

Business leaders across the world and in the United States have applauded the move to relax the limitations on aviation travel.

According to the U.S. Travel Association, from a year earlier, travel expenditures would have fallen by almost half to about $600 billion in 2020.

According to Representative Veronica Escobar, a Democratic congresswoman from Texas who represents a border area, "Border towns have been severely hampered by port closures."Because of the port restrictions, "not only did we experience more severe health damage in 2020, but the economic disaster has also been prolonged for us."

In a statement issued by Senator Patty Murray (D-Washington), she said that removing the limitations will help towns like Point Roberts, which is "nearly completely reliant on cross-border transit to maintain its economy."

Her warning came after "months of economic disaster" caused in part by the border closure, and she said additional steps would be required to guarantee that the community's complete recovery would be possible.

US To Reopen Canada And Mexico Borders Only To Fully Vaccinated