The US is Not Alone in Its Inflation Woes 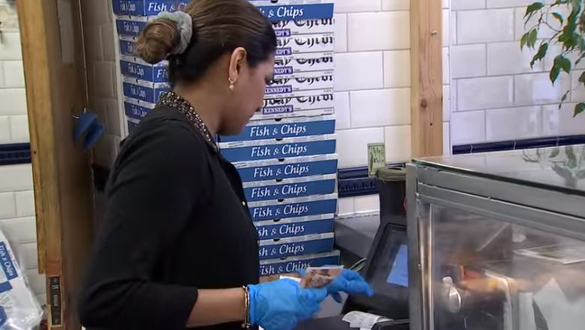 Inflation in the United Kingdom rose to 7%, the highest level in 30 years. Inflation was sparked in part by record gasoline costs, but other, less volatile goods have also seen significant price increases.

This week, numerous pieces of dispiriting economic news emerged in the United Kingdom, including Prices are growing at the quickest rate in 30 years, earnings adjusted for inflation are falling at the fastest rate in nearly eight years, and the economy expanding at the slowest rate in almost eight years in February.

Increasing evidence points to 2018 being a challenging year for many, with the sharpest pinch on family budgets projected since records were kept in 1956.

Before Russia invaded Ukraine, the United Kingdom's economic development had slowed. However, as is the case in many other nations, the war has harmed the economic prospects of the United Kingdom. The rising energy cost is being passed on to consumers via their utility bills. Metallic and agricultural inputs into the supply chain from commodities produced in Russia and Ukraine — such as metals, wheat, fertilizer, and sunflower oil — have raised concerns about the growing cost of vital inputs into the supply chain from these items. The consequences are far-reaching: even fish and chips, a historically inexpensive British staple, have seen their price rise. The costs of its ingredients have been growing and are expected to get worse due to the Russian-Ukraine war.

As of March, the Consumer Prices Index had increased by 7 percent compared to the same time a year earlier, an increase from 6.2 percent the previous month, according to data released by the Office for National Statistics. That surpassed the expectations of economists. Inflation was pushed higher by record gasoline and diesel costs and considerable rises in pricing at restaurants and hotels, for food and beverages, and apparel and furnishings.

An economist at Investec, Sandra Horsfield, stated that the Bank of England "would regard with special unease" this broad-based rise in pricing for items that are often considered less volatile. The central bank has hiked interest rates three times since December, bringing them to their pre-pandemic level to contain price hikes, even as officials have downgraded the forecast for economic growth in the process.

A report released on Wednesday by the National Center for Statistics revealed that wholesale prices were climbing at their quickest rate since September 2008. Manufacturers' output prices increased roughly 12 percent in March compared to the same month the previous year, while their input costs increased 19 percent, setting a new record.

On Tuesday, figures revealed that the United Kingdom's unemployment rate had fallen to 3.8 percent, returning to its pre-epidemic level and that there were a record number of job openings. Signs of a tight job market are driving anticipation that employees would be able to demand higher wages due to the tight labor market. Wages, excluding bonuses, increased by 4% from December to February compared to the same period the previous year, although inflation is eating away at the gains at present. Once price hikes were taken into account, wages declined by 1 percent, the highest since mid-2014.

The British economy has recovered from the epidemic's effects, but growth is slowing down. According to the National Statistics Agency, the economy increased by just 0.1 percent in the first quarter of this year, with declines in the manufacture of automobiles, electrical items, and chemicals. The Omicron wave subsided in February, increasing reservations for accommodations and travel services, which served as the primary contributor to economic development in that month.