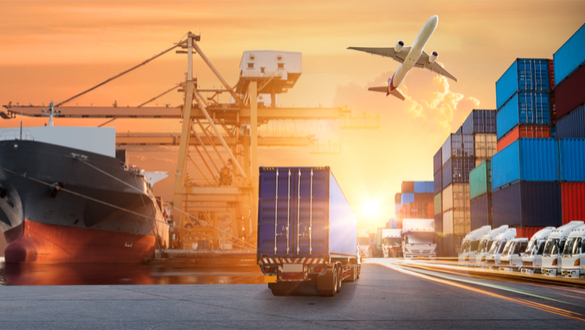 Many United States manufactures are in no better position than America’s farmers. The U.S. - China trade war is strangling businesses while companies around the world search out new supply chain solutions to reduce costs to save their businesses.

While Trump rages about no Russian collusion while hiding Special Counselor Mueller’s report. U.S. officials continue to try to negotiate with their Chinese counterparts in the latest round of trade talks. At the center of their negotiations are enforcement mechanisms and the timeline for tariff rollbacks by both countries when the two countries arrive at a deal.

While the Trump team negotiates, tremendous damage is being done to red-state farmers, many of them in the Midwest have now also been hit with devastating flooding that has wiped them out financially. Farm bankruptcies are now tallying higher than they did during the great recession of 2008-2011.

The picture isn’t any brighter for tens of thousands of manufacturers who rely on a supply chain that’s China dependent.

Consider Seattle-based electronics manufacturer Audio Control. The firm has been forced to begin shifting its supply chain away from China. To wait to do so in hopes of President Trump getting a deal he’s willing to accept with Beijing would mean bankruptcy for the firm. The firm’s CEO Alex Camara recently said…

“We’ve started. We have plans in place; we’re working through that with two or three Chinese companies that supply product because we can’t wait to suddenly find out, by the way, the tariffs are now 25% or something.”

Camara’s Audio Control sources 70% of his components from U.S. suppliers. However, when the Trump administration implemented a 10% tariff on $200 billion in Chinese goods last fall, Audio Control costs soared on everything from resistors to the diodes that his firm imports. The firm was hit with a $200,000 tariff bill, a devastating amount for a small business. According to Camara…

The sudden explosion in parts acquisition costs has forced Audio Tools to become creative in sourcing parts. In some cases, it’s meant working with Chinese suppliers to find creative alternative ways to buy their products by going through countries not on sanctions or tariff list to get the parts they need while avoiding the Trump imposed tariffs

Many of the manufactures Audio Control relied on in China are now shifting both production and shipping facilities (way stations) to countries like Thailand and Vietnam. Many won’t be able to resume shipping to Audio Control and other American company’s dependent on their products for at least six months — and still will increase prices – although nowhere near the potential 25% tariffs Trump intends to impose on Chinese imports.

The number of companies facing this supply chain nightmare in the United States is growing rapidly. The vice president of international trade for the Consumer Technology Association Sage Chandler says Audio Control is just one of the thousands of member companies that have merely accepted tariffs as the new normal of doing business, and are being faced with bankruptcy or adjusting their supply chains because they can’t wait for a political solution.

Surprisingly the firm’s facing the most significant challenges is U.S. companies that have manufacturing hubs outside of our country. According to Sage Chandler…

“We have heard, on the very conservative side, that it takes at least two years to get a new operation’s manufacturing up and running someplace else, but more like closer to five,” That’s five years out of financial planning for something they already had. They’re not getting anything new or better.”

The companies most hurt by the supply chain dislocation are high technology companies like Apple that sources parts from 43 different countries to assemble its iPhones. One of its essential Chinese component suppliers and key assemblers Hon Hai Precision, known as Foxconn, announced it would invest roughly $230 million combined in factories in India and Vietnam dramatically increase its facilities outside of China to avoid the fall out of the U.S. - China trade war.

According to a recent report published by McKinsey and Company, 33% of U.S. companies surveyed said uncertainty over the U.S. – China trade policy was a top concern. Nearly half indicated their firms would move their global supply chains in response, and hoped to invest more in local supply chains.

The moving of manufacturing and assembly facilities out of China will only serve to impair the second largest economy in the world further.

Nathan Resnick, the founder of Sourcify, a manufacturing platform that connects entrepreneurs with overseas factories, says trade uncertainty will accelerate the move of factories outside of China. According to Resnick…

“Chinese factories used to source 90% of his clients. Today, that number has dropped to nearly 60%, with Vietnam and the Philippines among the biggest beneficiaries. Moreover, those numbers aren’t likely to reverse, regardless of what President Trump and Xi Jinping agree to.”

“This broad shift out of China has raises another big threat: the vacuum created by hollowed-out factories. Chandler and other analysts and trade experts say…

The mass exit taking place in China is going to be a steady and huge hit on its domestic economy. Factory production is already shrinking rapidly hitting a 3-year low in February with Chinese exports slumping to their lowest in a decade. Despite President Trump’s promises, to bring jobs back to the United States by waging his trade war against China. The China slump hasn’t led to a significant creation of new manufacturing coming to the U.S.