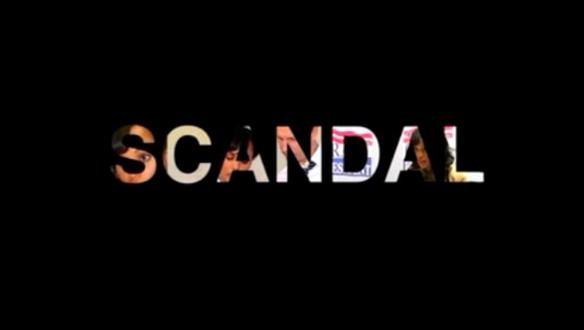 Rep. Matt Gaetz is pleading his innocence of sex trafficking, having sex with a 17-year-old girl, and using a drug called ecstasy while having paid sex. Gaetz faces the reality that his close friend Joel Greenberg, a former Florida official and who is under federal indictment for many crimes, rolled on him for leniency and plea deal from prosecutors.

The New York Times and other media outlets are reporting that Florida Republican Congressman Matt Gaetz has been under investigation to recruit women for sex. The FBI has questioned multiple women in an attempt to stitch together the nature of Gaetz’s involvement.

According to The New York Times, reporters claim to have reviewed Cash App and Apple Pay receipts from 2019 and 2020 that show payments from both Gaetz and Joel Greenberg, which may be key evidence in the ongoing investigation of both men.  According to the Times, the federal investigation’s focus is whether the allegations that Gaetz and Greenberg would meet women recruited online at various locations, pay them in cash drawn from ATMs, and have sex with them.

According to press reports detailing some of these rendezvous with women recruited to have sex, insinuate both men took ecstasy, according to two people familiar with the meet-ups.

Gaetz (R-FL) on Thursday penned an angry op-ed insisting that he would not resign from Congress.  Despite allegations of sex trafficking and drug use, he emphasized that he has never arranged travel across state lines to have sex with women, including a 17-year-old girl. The allegation apparently has been confirmed by Greenberg and the young women involved. Transporting or arranging the transportation by supply money or

Gaetz’s column comes days after multiple media outlets reported that federal investigators are trying to determine if he had sex with an underage girl who was trafficked across state lines.

On Monday, the Washington Examiner also published an op-ed that allowed Gaetz to offer a one-sided defense…

“Predictably, the anti-Trump cheerleaders such as Meghan McCain, Bill Kristol, and sadly, some of my feckless colleagues in Congress are going to call for me to resign.”

“And no, I am absolutely not resigning.”

“My lifestyle of yesteryear may be different from how I live now, but it was not and is not illegal.”

“Consensual adult relationships are not illegal. Although I’m sure some partisan crooks in Merrick Garland’s Justice Department want to pervert the truth and the law to go after me, I will not be intimidated or extorted.”

Gaetz concluded in his Washington Examiner op-ed by hinting that there would be “more ‘drip, drip, drip’ of leaks into the media from the corrupt Justice Department and others.”

Now here’s what The New York Times and other legitimate press outlets are not sharing with readers.

The fact is that in Florida escorts, prostitutes charge $150 to $250 an hour for their “services,” while escorts and prostitutes in major cities like Washington, New York, Chicago, and Los Angeles, for example, charge $350 to as much as $1,000 an hour. Based on what has been hinted at and revealed, Congressman Gaetz and Joel Greenberg were enthralled with the lower price Florida escorts, prostitutes who advertise on SugarDaddy.com and escort websites.

SugarDaddy caters to sugar daddies and sugar babies who love the finer things in life and understand that high-class living is not a luxury, but a necessity. SugarDaddy’s goal is for your sugar relationship to attain the comforts of the lifestyle that you desire.

Are you a sugar baby that wants to date a high-quality sugar daddy? Never settle for the second best selection. SugarDaddy.com understands the desires of single people and delivers an unrivaled matchmaking service that is second to none.

These websites exhibit naked and or risqué lingerie pictures of young women in highly suggestive poses looking for clients; many of these women are underage despite their claiming to be above the age of consent.

The ugly truth is this escort; prostitution has saturated Florida for decades and helped draw conventions and business meetings to the Sunshine State for many decades. After years of operating openly, law enforcement, with the help of the FBI, has shut down scores of websites that made no bones about what they were offering. Now the business has shifted to Tinder and sugar daddy websites.

When Gaetz denies ever having paid for sex, he’s likely invoking the actor Charlie Sheen’s claim that he was caught in the same type of sex for money scandal. Sheen claimed he never paid for sex. He paid women to leave after having consensual sex with him. Sheen’s preference for escort dressed like high school cheerleaders was famously spoofed by him on Jay Leno’s Tonight Show many years ago.

Congressman Gaetz, however, isn’t a famous Hollywood actor. He’s a federal lawmaker. He also faces the potential legal nightmare of finding out that the young 17-year-old girl or other he had sex with for money, drugs, hotel rooms, travel may not have been honest about their age. Lying about their age to Gaetz and Greenberg is not a viable defense.

Gaetz may not want to resign his seat in the House of Representatives. Still, if he is indicted by the Department of Justice, he will be stripped of all his committee assignments and become a shadow in Congress rendered voiceless. The video below gives a feel for the widespread escort, prostitution and human trafficking that has and continues to take place in Florida.