The Stock Market is Being Rocked! Why? 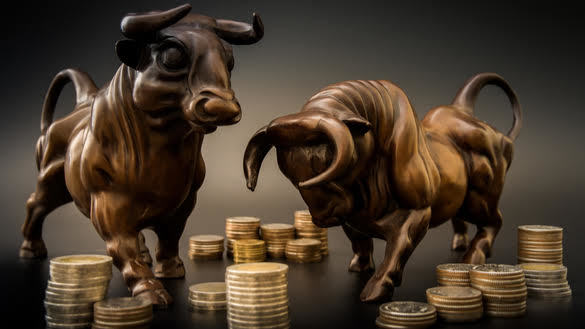 First Secretary of Defense James Mattis resigns after being excluded from the decision-making process in troop withdrawal from Syria, Afghanistan and being ignored by President Trump for months. Secretary Mattis delivers resignation letter personally, but POTUS unable to read or comprehend the resignation accepts it. After FOX News explains what Mattis wrote on the air, Trump loses his mind.

Under siege by 17 different criminal investigations into his personal, business, campaign and myriad of wrongdoing by current and previous members of his administration the president is lashing out in an increasingly frantic fashion. This is no better shown than in Trump’s handling of the former Secretary of Defense James Mattis.

When anyone starts firing people who have already quit, you have to start wondering if the person is mentally ill. Senate and House Republicans are oblivious to the signs of President Trump’s swelling paranoia and his disconnect from reality.

“I think General Mattis has put his finger on where the president has views that are very, very distinct from the vast majority of Republicans and probably Democrats, elected and unelected,”

“I strongly disagree with this decision to withdraw, prematurely in my view, from Syria.”

In resigning Thursday from his position as Defense secretary, Mattis stated…

“One core belief I have always held is that our strength as a nation is inextricably linked to the strength of our unique and comprehensive system of alliances and partnerships.”

Sen. Toomey noted during his interview on “Meet the Press,” that Trump doesn't have the same views on America’s postwar “Pax Americana” foreign policy, built on an internationalist viewpoint.

This is a prime example of Party Politics over Country by Senator Toomey. Like most of the House and Senate Republicans, he has abandoned any sense of right and wrong and has become a party drone of an increasingly paranoid and mentally unstable president.

When a president can’t separate reality from propaganda, he makes snap gut decisions that could potentially undermine the safety and security interests of the country.  Democrats and Republicans in Congress and cabinet members of the administration must start considering the 25th Amendment to end the reckless, dangerous behavior instead of doubling down on their sycophantic allegiance to appease Trump’s insanity.

The stock market opened the Christmas Eve session down. The Dow Jones was down another 653 points on Christmas Eve. We’ve broken key support of 22,100 and now appear to be heading towards fulfilling the downside target I laid out last week at 20,500.

We’re now not only in a bear market across the major indices but we are close to retracing the entire Trump Bull Market launched back on November 7, 2016.

Worse, the legal pressures making President Trump’s decision making worse is about to intensify. Democrats take control of the House of Representatives on January 3, 2018, and President Trump is going to be a straightforward target. Cqan you say impeachment.

Trump promised when he ran for office to purge the swamp in Washington; instead, he made the swamp much bigger, deeper, smellier and vastly more corrupt swamp. Starting in January, Congress will expose every dark, corrupt aspect of his Trump’s personal life; businesses, campaign, and his administration live on TV.

The House Democrats are going to make life miserable for Donald J. Trump and his three oldest children during the next few years. At the same time incoming New York Attorney General Letitia James is expected to make criminal investigations into Trump et al. by New York State, her highest priority. It won’t take long for her to decide she has enough to indict Donald Trump and others involved in his many, and numerous crimes in New York.

Chris Mathews of MSNBC predicted Trump would resign in the next few months. The only question is does he do it before or after the new NYAG indicts Trump or if an ambitious Assistant AG in SDNY or Mueller himself indicts him first. Keep in mind, any pardon of President Trump by his Vice President will not cure the danger for him or anyone connected with him. State AG’s in NY, MD, and Virginia are not likely to cooperate.

A constitutional crisis is on the horizon; don’t buy into the far right radio, TV and congressional members lie. Ignore the crap coming from Press Secretary Sarah Sanders. President Trump is going to die broke and a prisoner in state or federal incarceration. The only question is… will he take the entire Republican Party with him? Dow Jones 18,000 almost a 50% retracement, 8900 points from the high would destroy any President including “Teflon Don,” and he’s doing everything to make it happen.