The Spread of the Coronavirus Shows Quarantines are Failing 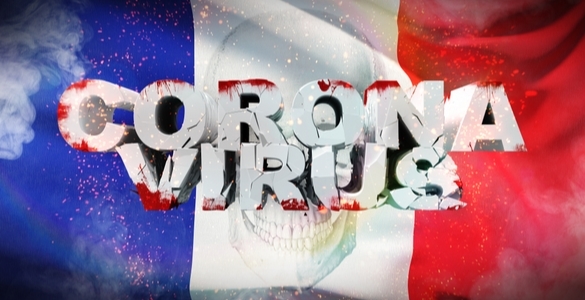 Saturday, five British citizens, including a child staying in a French ski chalet on vacation, were diagnosed with the potentially fatal Wuhan Coronavirus. According to French Health Minister Agnes Buzyn, they came into contact with a person who had been in Singapore.

Wuhan China is 5,645 miles from France, yet the total number of people infected with the potentially deadly virus has infected 11 people, including an 11-year-old child. France’s Health Minister Agnes Buzyn is insisting those newly infected with the virus were not in a serious condition.

The French health official’s ignorance about the disease may well result in hundreds of additional infections in France and throughout Europe and shows the lack of seriousness of government health officials around the world are taking to the potential danger of this viral threat that is becoming a global pandemic.

French health minister puts the whole of France and the world at great risk by not quarantining those infected and the entire ski resort.

Minister Agnes Buzyn's ignorance amounts to not understanding that the Coronavirus is highly infectious, and when it first manifests, those infected do not present serious symptoms. The virus is progressive and can start as a minor respiratory infection and develop into a fatal nightmare that spreads through a patient’s lungs, heart, and circulatory system.

Buzyn's own description of the evolution of the viral infections spread should have resulted in the quarantining of the Les Contamine Monjoie resort in Savoie in eastern France. According to Buzyn, the…

“That original case was brought to our attention last night, it is a British national who had returned from Singapore where he had stayed between January 20 and 23, and he arrived in France on January 24 for four days,”

They had formed “a cluster, a grouping around one original case” after staying in the same chalet, in two apartments at the ski chalet, according to another French health official at a televised news conference.

While the infected Britons are being hospitalized, it was just for an overnight in the region, according to the French health officials. The entire response to these infections is pure insanity when you consider the evidence that patients with the Coronavirus have been known to infect many other people.

“Medical workers at the epicenter of the coronavirus outbreak say overwhelmed services and a dearth of protective equipment are putting them at risk of the infection, which claimed the life Friday of the heroic doctor chastised for warning about the SARS-like virus.

“A respiratory physician working at Renmin Hospital, in the central Chinese city of Wuhan, took to Weibo and other social media in the past week to post videos and comments about his illness, which he said, came close to killing him. His wife caught the so-called 2019-nCoV virus while she was caring for him in a hospital lacking front-line health workers, he said.

“Reports circulated on social media earlier in the week showing the Wuhan virus was transmitted among 15 or more patients and staff in 13 of the city’s hospitals. Dozens were infected in four weeks at one hospital alone, according to a study published Friday.”

French Health Minister Agnes Buzyn and her fellow French health officials should have immediately quarantined the resort Contamine Monjoie resort and immediately tracked every one that was in and out of there resort, backtracking to the arrival of the British national who had returned from Singapore.

As far back as two weeks ago, as Wuhan and 50+ million were starting to be quarantined by Chinese authorities, the word was leaking out via social media and reporters in the region that the total infected numbers by the Coronavirus were estimated as high as 190,000 people.

Over 35,000 cases have been reported in more than two dozen countries. Wuhan, China accounts for more than a third according to official Chinese counts.

According to the World Health Organization, about 82% of cases are mild, 15% are severe, and 3% is critical. Of the more than 700 fatal cases, most have been in older patients and those with underlying medical conditions such as diabetes and hypertension.

The Chinese government is now threatening its citizens with arrest and jail time if they participate in “rumor-mongering.” This amounts to covering up the truth and preventing the rest of the world from understanding the international threat of the coronavirus.

Punishing those who speak out follows the criminal behavior of the attempt to intimidate and threaten Dr. Li Wenliang, who first alerted some of his physician colleagues and friends about the existence of this deadly SARS-like virus that has now claimed his and his wife’s life.

The threatening of imprisoning others that speak out continues while President Trump praises China and its President Xi for their response to the global health emergency in China. According to press reports, including by Bloomberg…

“A lawyer who had provided a rare glimpse into the dire conditions in Wuhan, the epicenter of the Coronavirus outbreak, has gone missing, his friends say, expressing fear for his safety.

“The lawyer, Chen Qiushi, who is based in Beijing, had been reporting from Wuhan since the city went into lockdown last month as the authorities scrambled to contain the virus.

“In a series of video blogs and footage posted on Twitter and sometimes on YouTube, which are both blocked in mainland China, Mr. Chen documented the plight of patients and the shortage of hospital supplies, and he warned of cross-infection in Wuhan’s mass quarantine sites.