The Speaker of the House Refuses to Back Down 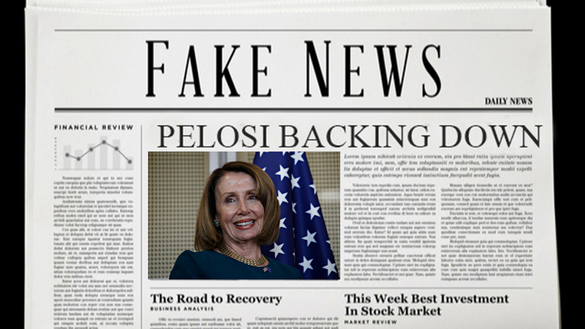 Reports that Speaker Nancy Pelosi (D-CA) was backing down are fake news! Appearing before reporters she made it clear that she had no intention of holding back the articles “indefinitely,” but reiterating that she wanted answers about a Senate trial before the House transmits the articles.

“We need to see the arena in which we are sending our managers. Is that too much to ask?”

Speaker Pelosi added that the House wanted to see what the Senate was willing to do, and the manner in which they will do it. She said the House would send over the articles when she’s ready…

“And that will probably be soon… documentation, witnesses, facts, truth ― that’s what they’re afraid of,”

Speaker Pelosi and Senate Majority Leader McConnell have been stuck at an “impasse according to Pelosi ― since the House of Representatives impeached President Trump on December 19, 2019. Instead of immediately sending over the articles of impeachment, Pelosi held them back, as part of a strategy to force McConnell to allow witnesses during a Senate trial ― or at least lay out the terms of a trial.

Leader McConnell hasn’t budged and says the Senate will only lay out how they’ll proceed with impeachment once they get the articles from the House. All of the Senate’ GOP members have gotten in line with McConnell.

That has left Pelosi and McConnell at a standoff. However, her delay has allowed new evidence to come forward. This new evidence is making it much harder for McConnell to dismiss the impeachment trial without witnesses and the documentary evidence being held back by President Trump. The latest evidence has allowed the news media time to reveal even more damning facts about the Ukraine scandal and potentially to expose criminal conduct by President Trump and members of his administration. 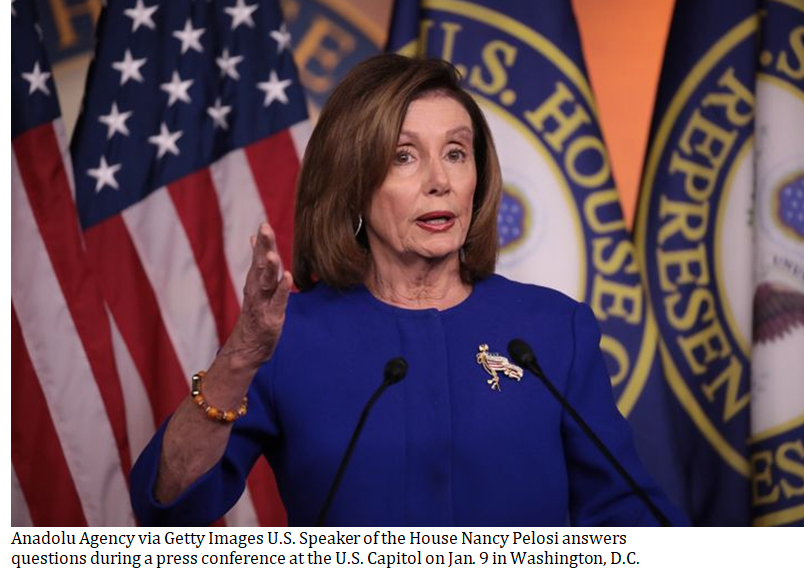 Pelosi laid out several revelations Thursday acquired since the House impeached President Trump.  These revelations include new emails that show a top administration official asked the Pentagon to hold off on releasing the Ukraine aid just 90 minutes after Trump’s July phone call with Ukrainian President Volodymyr Zelensky, a New York Times report on the internal alarm that Trump’s hold on the aid caused and emails that show the back-and-forth between the Defense Department and the Office of Management and Budget over the aid holdup.

Former national security adviser John Bolton has also said he would comply with a Senate subpoena for his testimony ― if he receives one.

But the most important aspect of Pelosi’s decision to delay transmitting the articles ― McConnell detailing how the Senate will deal with an impeachment trial ― remains unknown. McConnell has said he wants to deal with the case swiftly, and he’s made it known that he’s in lockstep with the White House and does not consider himself an “impartial” juror.

That’s left Pelosi in a tough position, as she wants to ensure that a real trial takes place in the Senate, but lacks the real leverage to do so.

The bargaining chip Pelosi does have is that delaying the almost assured acquittal of Trump seems to be driving the president crazy. He has routinely tweeted about the delay and has taken to referring to the Speaker of the House as “Crazy Nancy.”