The Silence of James Mattis, John Kelly, is Deafening! 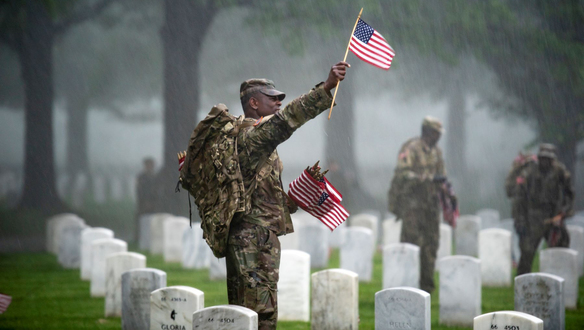 Donald Trump’s re-election campaign may survive the fallout from his comments about captured and killed American military personnel, where he called them “losers” and ‘suckers.” Unless Generals James Mattis and John Kelly to go public and reveal what they heard.

The Daily Beast reports that former Republican Matt Lewis argued that unless both former Secretary of Defense James Mattis and former White House Chief of Staff John Kelly come out and confirm that President Trump referred to U.S. military personnel as “losers and suckers,” his re-election campaign may survive.

Many other analysts disagree and suggest the lack of any defense from either or both men convicts the President in the court of public opinion. It gives the President’s political foes all the ammunition in the next 58 days to crush the President’s chances of being re-elected. Sooner or later, Mattis, who has said he will go public at the right time with his opinions. Both men are likely to confirm when approached off the record by the Biden campaign that Trump is guilty as charged.

Meanwhile, several Republican operatives and former and current friends of the President are mounting a curious defense of Trump. They admit the commander in chief will, at times, makes insensitive, tone-deaf comments about American military personnel behind closed doors. But they insist its result of his contempt for the wars America’s soldiers have been forced to fight, not the service members themselves. A current senior administration official, according to The Daily Beast…

“That’s how he is [when the cameras are off]…It’s his style.”

“The president means no disrespect to our troops; it’s just that the way he speaks, he can sound like an asshole sometimes.”

Neither attempt to defend the President will work, while his evil cabal of sycophants tries to defend him. Trump has stepped on a political land mine by claiming that he never called John McCain a loser for being captured by the North Vietnamese.

Anyone with access to the internet easily accesses the video. It is being played thousands of times every hour by news services around the world show, and proves President Donald J. Trump is a pathological liar.

America’s voters may hear from Kelly and Mattis before the election. Still, if these American heroes don’t speak up and remain silent – their silence will continue to serve as a confirming cacophony of silence.

Don’t get me wrong; both men should speak up, especially now that Trump seems dead set on election nullification and is urging people to go to the polls after casting their votes by mail. Trump’s urging voters to vote twice and his contempt for the law is just one step from calling for a press conference in the white house rose garden to publically rip-up the U.S. Constitution and declare himself President for life.

Any moron other than our current Attorney General William Barr understands that by even attempting to vote after submitting a mail-in ballot is a federal offense – a felony that carries jail time. AG Barr’s feinting ignorance of the law should help secure his disbarment after he leaves office, along with a long list of criminal offenses he has committed while in office.

Meanwhile, former Vice President Biden and Senator Harris should start calling out President Trump as the #ConManTrump the next 58 days. They and all their surrogates should be urging people to vote early, traveling to states that open their polls to draw attention to the opportunity to vote without standing in the long lines that we will surely see on Election Day.

Gold Star parents to Trump: My son is not a "loser" or "sucker"