The Showdown Between Hedge Funds and Reddit Rebels Fizzles 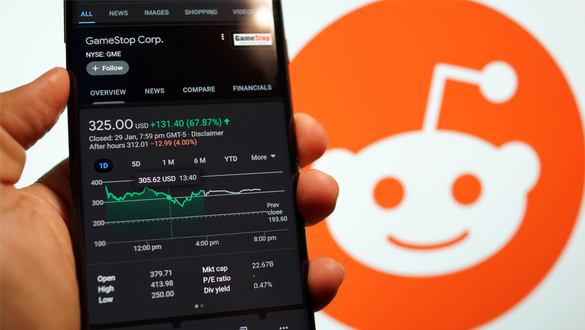 The enormous short squeeze frenzy fueled by retail traders under Reddit’s message board “r/wallstreetbets” that targeted hedge funds fizzled this week as the retail traders’ stocks continued to post dismal results going into the first week of February.

These stocks are now labeled as “meme stocks,” included GameStop, which plummeted 60% Tuesday to $90 a share, bringing its two-day loss to 72% - it fell another 2% in late trading, Koss Corp. fell 43%, after a 45% drop on Monday. BlackBerry Ltd. slid 21%, while AMC Entertainment Holdings Inc. fell 41%.

This drop accounts for an almost $18 billion loss in value for these “meme stocks.” This came after Robinhood, the broker preferred by these retail traders, restricted buying 50 stocks, including these “meme stocks.” The anticlimactic run, which topped on Wednesday last week, arose when reports surfaced that Melvin capital was heavily short on the stock.

This fueled a buying frenzy, which led to a marvelous 1500% gain on the stock. This gain caused Melvin Capital to lose almost 53%, necessitating a bailout to the tune of $2.75 billion in emergency funds by Citadel LLC, its partners, and Steve Cohen’s Point72 Asset Management injected into the hedge fund last Monday.

Reddit traders will be disappointed to learn that this was merely a bruise to the hedge funds in the grand scheme of things. Long-short hedge funds lost 5.9% on an asset-weighted basis in January, according to Goldman Sachs, this is despite a 1.1 % drop in the S&P 500. Other strategy hedge funds such as Jason Mudrick’s distressed debt hedge fund reaped almost $200 million in bets on AMC Entertainment Holdings Inc. and GameStop Corp. Their stocks skyrocketed owing to the trading frenzy. Mudrick Capital Management, which oversees about $3 billion, gained 9.8% in January, much of it coming from debt investments in AMC. The firm also made money last week selling out-of-the-money call options to investors who expected the shares to move higher. They tumbled instead.

The Tiger Cubs - money managers with ties to Julian Robertson’s Tiger Management - racked up some losses because they tend to have a relatively extensive portfolio of short wagers. Glen Kacher’s Light Street Capital Management lost 13% in January as Lone Pine Capital, run by Steve Mandel’s dropped 6.4%. Coatue Management plateaued for the month, while Chase Coleman’s Tiger Global Management made a 1% gain. Discovery Capital Management, a macro-focused fund, made 6.5% for the month, betting on stock, currency, and rate trades. Ricky Sandler’s $7.8 billion Eminence Capital fell 10.5% in January, while Whale Rock Capital Management plummeted almost 11% in its technology, media, and telecommunications-focused fund.  Marshall Wace’s $4.4 billion long-short MW Global Opportunities Fund lost an estimated 7% in January, its worst-ever monthly decline, according to a letter to investors.