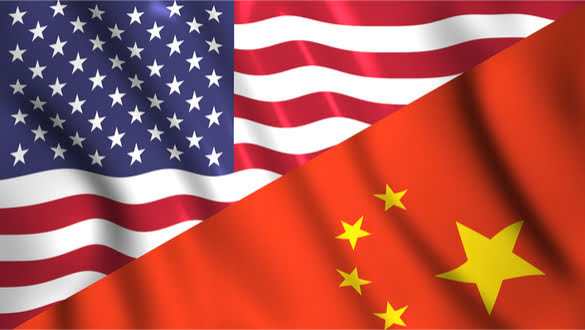 The United States Senate enacted a package that invests $244 billion in the American manufacturing and technology sectors to address China's economic and geopolitical competition.

In a move to bolster the United States technological capabilities to compete with China, the U.S. Senate approved a broad package of bills on Tuesday that has the support of 68-32 of its members.

There is one bipartisan position in the greatly divided U.S. Congress, and that is the desire for a hard-line policy regarding China. This makes it unproblematic for President Biden to deal with the China legislation as he has to deal with a polarized Congress with other issues.

The authorization measure authorizes approximately $190 billion for U.S. technology and research provisions. And it would also permit spending $54 billion to increase U.S. production and research for semiconductors and telecommunications equipment, including $2 billion specifically for semiconductor chips used by automakers that have experienced severe supply shortages and made significant production cutbacks.

This bill must pass a favorable House of Representatives before it is forwarded to the White House for President Biden to sign into law.

While it is unclear what legislation in the House will look like or when it will be brought to the floor, it is known that it will be highly controversial.

Another requirement is that the legislation would introduce extensive new mandatory sanctions on Chinese entities engaged in U.S. cyberattacks or the theft of U.S. intellectual property from U.S. firms. Additionally, calls for an examination of U.S. export controls on goods that could be used to help human rights abuses.

In a statement to a U.S. Senate committee, Senator Chuck Schumer of New York and a proponent of the proposal warned of the disastrous repercussions of not supporting research to stay up with China.

"We are in a competition to win the 21st century, and the starting gun has gone off ... We cannot risk falling behind."

A majority of U.S. firms applauded the law. General Motors Co stated that the law is "a crucial step in dealing with the semiconductor scarcity that continues to plague the United States' vehicle manufacturing industry."

The Secretary of Commerce, Gina Raimondo, has predicted that the money might lead to seven to ten new semiconductor factories in the U.S.

When the resolution passed, China replied with great emotion and declared that it disputed being depicted as an "imaginary" U.S. opponent.

We're resolutely opposed to the United States seeing China as an adversary that does not exist. China's Foreign Ministry spokesperson, Wang Wenbin, stated this to reporters on the steps of the Beijing headquarters of the Foreign Ministry.

Additionally, one portion of the law aims to combat Beijing's growing worldwide influence through diplomacy.

Beijing expressed disapproval of a bill in the U.S. Congress that would restrain China's economic and military aspirations. Chinese lawmakers will gather in Beijing this week to discuss their actions to counteract U.S. penalties.

"The bill is full of Cold War mentality and ideological prejudice," it said. "It slanders China's development path and its domestic and foreign policies."

Legislation is also being discussed in reaction to the new penalties from the United States for the National People's Congress, China's rubber-stamp legislature.

When the new U.S. government took office, Beijing expected friendlier ties because the new president was friendly toward China. However, when President Obama left office, many of the Trump administration's policies remained the same, and in some cases, they were further strengthened.

Before recently, Biden extended on the restrictions imposed by his predecessor and imposed a complete prohibition on all U.S. involvement in Chinese enterprises.

Beijing had believed that the change in the U.S. government would result in closer ties, but Joe Biden's administration has mainly kept Trump-era policies in place. In some areas, he has implemented harsher measures.