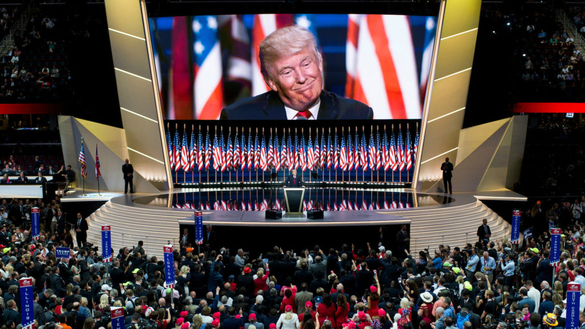 By moving the Republican National Convention from North Carolina to South Florida, Trump intends to divert tens of millions of dollars from the Republican Party treasury to one of his Florida resorts.  Moving it to Doral or Mar-a-Lago, it will help cover his enormous coronavirus pandemic losses they have suffered from the shutdown.

President Donald Trump is setting the stage to move the Republican National Convention to one of his own Florida resorts. He began his effort to steer the cash away on Memorial Day by threatening the governor of North Carolina that he may pull it.

The Republican National Committee (RNC) selected the city of Charlotte as host for its 2020 convention, despite the state having a Democratic governor because of the state’s importance to the president’s chances of securing its 14 Electoral College votes.

On Monday, Trump tried to force Gov. Roy Cooper to commit to allowing the August RNC convention to be held at full capacity, despite not knowing if the coronavirus pandemic will be under control in North Carolina by then. At this point, no one knows if the partial re-opening taking place across the country will set off a second much more severe wave of infections and death from COVID-19.

The New York Times helped confirm his intent on Monday reporting Trump has “mused aloud to several aides about why the convention can’t simply be held in a hotel ballroom in Florida.”

Trump in recent polls has been 1 point (up or down) in North Carolina, and 3-6 points down to former Vice President Biden in Florida. But the polling is meaningless at this point.

The reality of what’s happening is Trump realizes he may not win re-election, and at this point, he is focused on his financial survival. Trump knows he will be indicted as Michael Cohen’s unindicted co-conspirator by the SDNY, Manhattan DA, or New York’s Attorney General if he loses re-election, the very moment our new president is sworn in.
Trump Threatens to Move RNC From North Carolina-Fox News