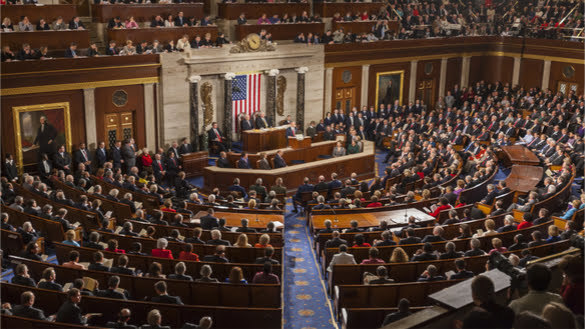 Few people realize that even if the former President Trump isn’t convicted, he will likely be prevented from ever running for office even if he is acquitted.

There’s no chance that the Republican-controlled Senate will convict Former President Donald J. Trump. Among Republicans and Republican-leaning independents, just 10% said they favor condemning Trump, while 88% currently oppose the former president’s conviction. With numbers like these garnering the 17 Republican Senators to convict Trump just isn’t going to happen.

While former President Trump isn’t likely to be convicted, he will likely face 51-56 votes for conviction a majority of the U.S. Senate. That means he will never be able to run for federal office again, thanks to an obscure provision of the 14th Amendment to the U.S. Constitution.

Ratified in 1868 after the Civil War, Section 3 of the 14th Amendment states that…

“No person shall be a senator or representative in Congress” or “hold any office, civil or military” if they, after having taken an oath to support the Constitution, “engaged in insurrection or rebellion against the same, or given aid or comfort to the enemies thereof.”

For this barrier to prevent the former President Trump is created by a simple majority vote in favor of his impeachment conviction, i.e., 51 votes, not the two-thirds vote needed to convict a person in an impeachment trial. Further, section 3 of the 14th Amendment requires a two-thirds vote of the House and Senate for Congress to “remove such disability” (the inability to ever run for federal office).

For this reason and the catharsis, the Senate trial will provide for the rest of the country, outside Republicans and Republican-leaning independents who still worship Donald Trump. If the impeachment trial accomplishes nothing other than preventing the former president from ever running for the Presidency,

Senate or a Congressional seat, the time spent putting him on trial will have been well worth the time and effort.