The Rally in Gold is the Result of U.S. Dollar Weakening, Which Could Get Worse in 2020 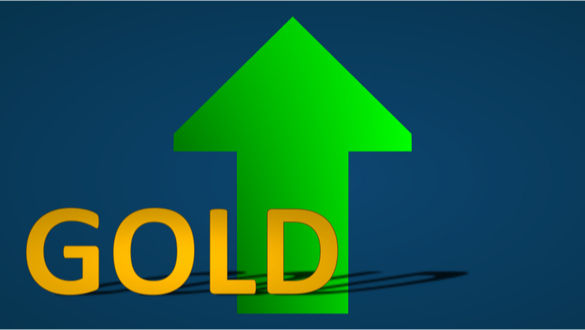 Our Erlanger GLD chart is signaling a continued rally in Gold. We are long gold in World Opportunity Investor.

The value of the U.S. dollar has steadily headed down throughout December. Many analysts think it’s going to get worse, and our Erlanger Chart Room GLD charts are showing the meltdown underway could get much worse and could push gold over $1600 in the next few months. 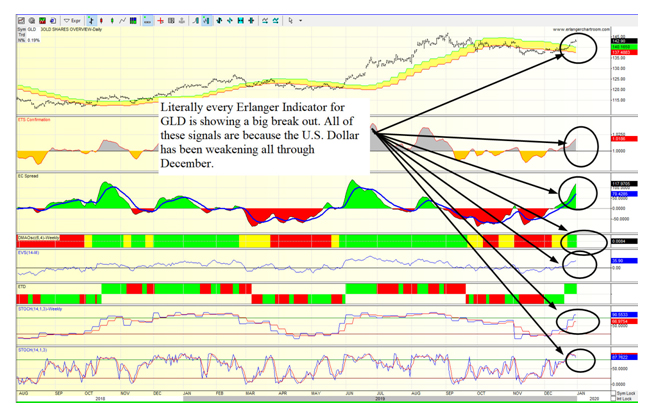 The weakness of the U.S. dollar will likely continue now that there is a truce in the United States-China trade war, global economies are improving, the risks of both the Iranian nuclear threat getting worse and the danger of an Iranian U.S. military conflict are growing. Also adding to the improved picture for gold and the danger of the dollar sinking further is a dovish Federal Reserve, which will reduce the yield premium offered by U.S. Treasuries.

Georgette Boele, a senior foreign-exchange strategist at ABN Amro Bank in Amsterdam, pointed out over the weekend that…

“You had safe-haven support for the dollar in 2019, but we have a trade truce now.”  “The dollar is on a path of long-term weakness.” 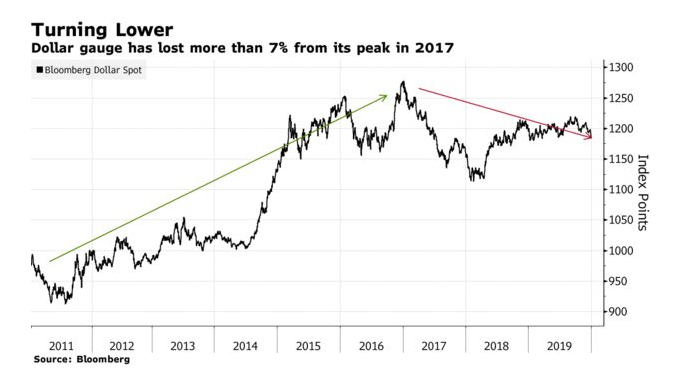 The U.S. dollar started to weaken this past October as President Trump began signaling the U.S. and China were closing in on a "Phase One" deal to end the current phase of the trade war. President Donald Trump finally announced an initial deal had been agreed upon in December by both countries.

Another extremely important signal that underpinned the U.S. dollar’s multi-year climb relative to the world’s other currencies and gold was the Federal Reserve’s decision last year halting rate hikes and starting to cut its benchmark interest rate in July, September and October to support slowing growth to help President Trump win re-election next November.

“The Fed does have some room to move lower in 2020, and for this reason, I would expect a weaker dollar,” There may also be “more pressure on the Fed if growth remains mediocre going into the U.S. elections,” 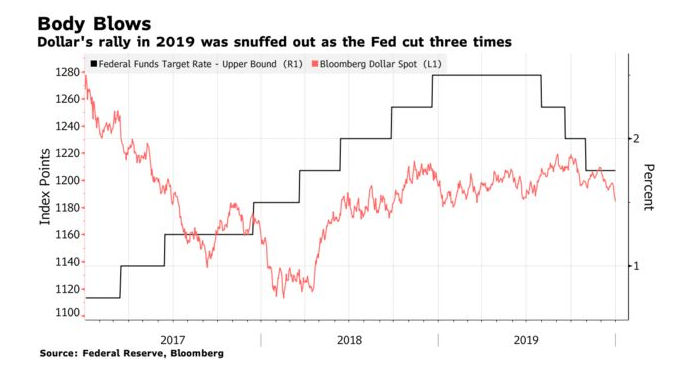 The Fed’s dovish reversal has driven the U.S. two-year yield advantage over similar-maturity German debt shrinkage from 216 basis points to just about 350 basis points in late 2018, according to the tracking by Bloomberg.

Jack McIntyre, a portfolio manager at Brandywine Global Investment Management in Philadelphia, was quoted by Bloomberg as saying…

‘Not Everyone is Convinced the U.S. Dollar Will Weaken’

Citigroup still thinks the U.S. dollar will rally and strengthen in 2020 against the Euro and Canadian dollar because they believe the U.S. economy will also strengthen both countries and the rest of the world.

Goldman Sachs is now making the case that the U.S. dollar will only decline if the Euro and Yuan rally significantly in 2020, something it says looks unlikely for now.

Zach Pandl, a Goldman strategist who is the co-head of global foreign-exchange and emerging-markets strategy in New York, wrote in a client note last month…

“While we can understand the top-down logic, we are not convinced on the bottom-up case -- at least over the next few months,”

“The dollar is set to begin 2020 fundamentally overvalued…We expect it to fall in 2020, but in a relatively sedate fashion barring resumption of Fed easing or dramatic improvement in growth prospects outside the U.S.”

Our World Opportunity Investor newsletter  $79 a year has recommended two leveraged Gold ETF’s that are already up substantially and which we believe represent the best value plays in the gold market at this point.