The Perfect Storm. A Rally in Crude Oil to Reach Over $80 a Barrel? 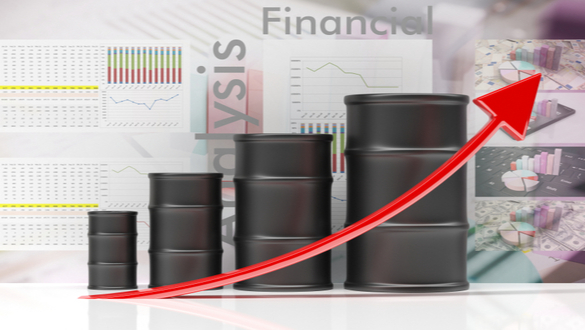 Oil prices have breached the $61 per barrel mark with President Trump’s announcement that he had come to a preliminary deal with his Chinese counterpart. Helping to move the price of oil even further is the anticipated government data that is expected to display another decline in the United States crude stockpile.

U.S. crude inventories saw a decline of 1.5M barrels the previous week, per a survey by Bloomberg. Data from the U.S. Energy Information Administration (EIA). Other industry figures supporting this statement are expected to be released on Friday and Tuesday.  In light of these expected numbers, futures prices on oil grew by 1% in New York last Tuesday, closing at a 3-day high.

With oil prices heading north since October, market conditions are completely different from what they were last year. Implied volatility on the S&P 500, which measures how much investors and traders are ready to pay to protect their positions from price volatility, is currently down by more than 50% compared to last year.

Oil is expected to have its best month in a year thanks to that OPEC and other partners who have also decided to decrease their output. American crude oil inventories are currently in decline even though shale explorers are reviving drilling and pumping out near-record quantities of oil. 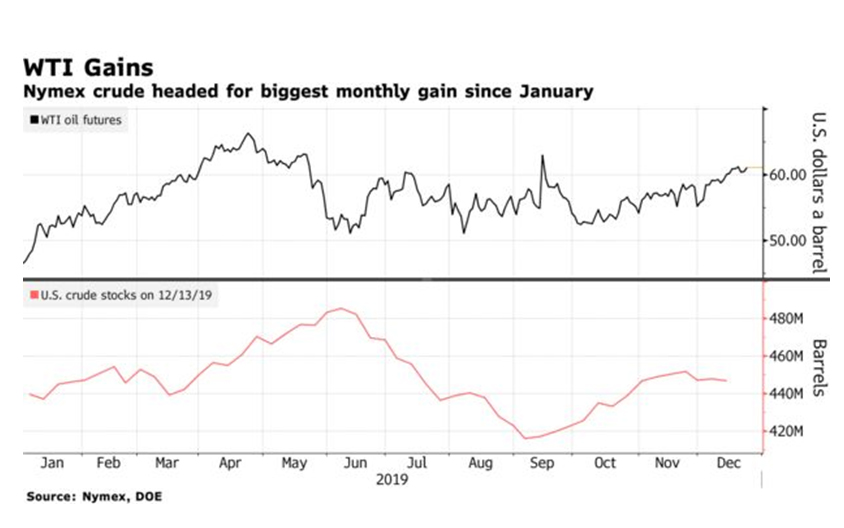 Robert Yawger of Mizuho Securities stated that speculative players were looking to push the stock market ahead as much as they could before the reports were released on Friday.

WTI for Feb delivery increased $0.59 to reach $61.11 per barrel on NYMEX. This contract is about to achieve its best quarterly gain ever since Q1 2019.

Brent for February contract also increased $0.81 to reach $67.20 per barrel on ICE FEE, reaching a three-month high. This global benchmark currently trades at a premium of $6.09 to WTI.

Kuwait and Saudi Arabia have also decided to resume their oil production in a ‘neutral zone.’ This move comes after they halted output for over four years. Chevron Corporation (CVX) is expecting Wafra field production to be fully restored in a year but noted that it isn’t going to cause any major changes to the supply of oil in global markets, so long as the current OPEC+ deal remains active. The deal doesn’t end till March.