The Lincoln Group Destroys Trump with his Own Words Again! 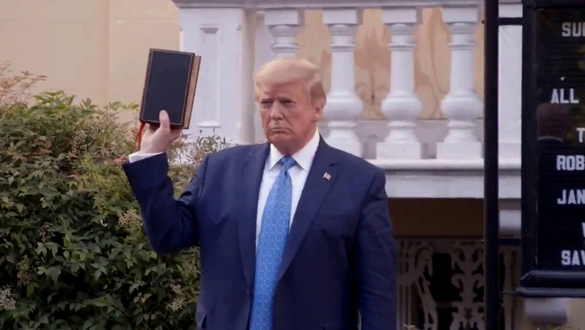 President Trump’s derogatory remarks calling U.S. military personnel and its veterans, even those who lost their lives or wounded in action suckers, losers, and dopes, have unleashed an unrelenting attack on his patriotism by a growing group of never-Trump Republicans.

Every morning Donald J. Trump wakes up, he has to be worried that his former Secretary of Defense James Mattis and Chief of Staff John Kelly, both former four-star generals, will choose to confirm they were present and heard his derogatory comments about American’s who are and have served in the U.S. military, as well as those captured and killed as “losers, suckers, and dopes.”

It must be a frightening nightmare to hang over anyone in politics, especially a U.S. President faced with re-election in less than 57 days.

Goldberg’s story quotes “four people with firsthand knowledge of the discussion,” who report that the real reason President Trump refused to visit the Aisne-Marne American Cemetery near Paris in 2018. These four witnesses to Trump’s comment state the president did not want to get his hair wet and felt it wasn’t important to honor those buried there, saying the cemetery was “filled with losers.”  President Trump’s torment must be compounded now that The New Yorker has published all the corroboration to prove The Atlantic article claims are viable.

Among the nightmare, Trump is dealing with is pro-Biden, anti-Trump Political Action Committees like The Lincoln Project, whose members included some of the brightest Republican campaign strategists, managers, and most prominent names in the last 30 years.  The latest video released by The Lincoln Project destroys President Trump’s claims of patriotism.

During an extensive press rant today, Labor Day, President Donald Trump was supposed to be holding a press briefing on the Covid-19 crisis. He was asked about the Atlantic story in which he was quoted calling fallen soldiers “suckers” and “losers.”

CNN’s Dana Bash noted Sunday that Trump has plenty of active and retired generals who could come to his aide and speak about his treatment of soldiers and Gold Star families. But those generals were not present and can not corroborate for or against his comments. Left out conspicuously are both Generals Mattis and John Kelly as defenders; Trump aide Jason Miller claimed Kelly doesn’t like to speak out about political things, something that flies in the fact of Kelly speaking out on Trump’s use of the military to hit back against protesters.

Trump avoided the question of whether he asked John Kelly to defend him.

Trump dodges questions about why John Kelly won’t help him