The Genius Partners in My Investment Newsletter Strategic Investment 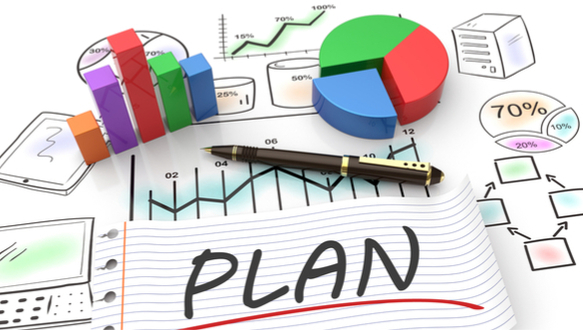 I've been writing my investment newsletter Strategic Investment since 1984 after ten investment geniuses persuaded me to launch it. I think the story is fascinating and the key to success and longevity. It will also give you a glimpse of why my monthly newsletter is especially worth subscribing to as we enter 2022.

Baron Nils Otto von Taube was a Swedish baron; by way of Estonia, he was also London's longest-serving portfolio manager. He posted a verified track record of returning 15.74% annually in the St. James's Place Greater European Progressive fund between 1969 and 2006.

A baronial Taube af Karlö family member was introduced at the Riddarhuset (House of Nobility) in Stockholm. Taube's family fled Estonia to avoid the Soviets. And after World War II, Nils made his way to London.

He found employment at investment firm Kitcat & Aiken as a lowly clerk. Nils soon made his way up the ladder as an investment advisor and manager, becoming an analyst in 1951, fund manager in 1969, and senior partner in 1975.

In the 1970s, he worked with George Soros, helping Soros make money in the gilts (or British bond) market. Soros was so impressed with Nils and his profitable advice that he asked Nils to join the advisory board of the Quantum Group of hedge funds.

When I met Nils in 1980, I was tagging along at the invitation of his longtime friend, Lord Rees-Mogg. I was lucky. I got access to Nils's investment wisdom without having to shell out millions of pounds to buy a stake in Kitcat & Aiken, as Lord Rothschild did.

The second great investor who backed Strategic Investment was Gilbert de Botton. Gilbert was born in Alexandria, Egypt, to a prominent Sephardic Jewish family. He was the first president of the Rothschild Bank in Zurich.

When he moved to London, Gilbert founded Global Asset Management (GAM). At this London money management firm, he pioneered multi-manager investment in partnership with Lord Rothschild. They began with a capital of $1 million. When Mr. de Botton sold GAM to UBS, the largest Swiss Bank, in 1999, he got a reported $600 million.

In other words, Gilbert de Botton earned a 3,650% return on his money management innovations.

Baron von Taube was one of the skilled investment managers whom Gilbert de Botton sought to enlist in his multi-manager approach. Nils posted average compound returns of 15.74% over almost four decades.

Nils had the "magic touch" when cashing in on investment profits. Money in his hands doubled in little more than 4.5 years. So money he managed for 37 years doubled about eight times.

Part of what made him so successful was the simple fact that he stayed at his craft for many years. If he had abandoned active money management early in his career, his amazing track record might not have been recognized. What Morgan Housel shrewdly observed about Warren Buffet was true of Baron von Taube as well: "The real key to his success is that he's been a phenomenal investor for three-quarters of a century (in Nils's case, half a century). Few people would have ever heard of him if he started investing in his 30s and retired in his 60s. "

I enjoy learning. And it is particularly gratifying to learn from an absolute master like Baron von Taube. The advice Nils shared as my mentor in investment was shrewd and helpful.

In this sense, the early days of Strategic Investment were an exciting time.

"Ignore Financial Fads; Invest in the Cheap and Obscure."

As a 50-year veteran of the financial markets, Taube had seen financial fads come and go. He treated all "hot ideas" with skepticism. Sure, financial fads could make a few investors a fortune overnight. However, as the collapse of the internet bubble showed (2008 was still in the future!), investors lost their fortunes just as quickly as they made them.

So, where was Taube putting his money a decade ago? Australian land.

He had just returned from Australia, having purchased several tens of thousands of acres in the "Lucky Country." Regional droughts had made land extraordinarily cheap in parts of Australia.

"With a 50-year career behind him, the reticent Taube boasted one of the longest financial memories in the world. He also had an investment track record that was likely unmatched in the world of global investing, "so Nicholas Vardy told MoneyShow.

Like most hyper-successful money managers, Nils was primarily a value investor. It encouraged me to see that he owed much of his success to methodically analyzing the value of assets. He was a man of acute intelligence.

Although he co-founded the Society of Investment Analysts in 1955, Taube himself admitted that he never had formal training in investment analysis.

He encouraged me to think that I was on the right path, simply because he saw that I thought about markets. He saw intelligence as more valuable than academic credentials.

Part of what helped him outperform early in his career was reading six or seven European languages fluently. This was a legacy of having had six nannies as a child. Each of whom undertook to teach the young baron a different tongue.

Nils taught me that you have great opportunities as an investor if you are intelligent. Investment, he thought, was a fun challenge. Like "being paid to do the crossword."

I try to honor that tradition of my mentor by keeping our analysis fun and interesting as we see aspects of investment that others miss from an independent perspective.