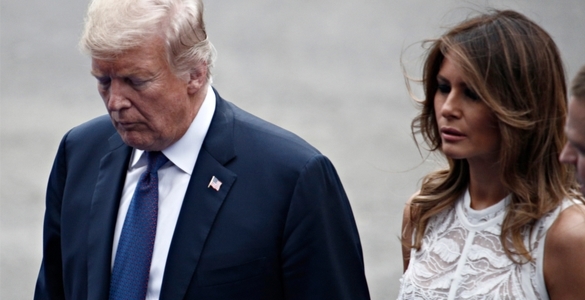 China and the United States begin clinical trials for Coronavirus Vaccine. Still, President Trump is likely to push the Chinese to withhold any successful vaccine they develop from the United States.

China has received a lot of criticism for hiding the danger of the coronavirus presented. President Trump is now targeting China as being responsible for the pandemic. The President’s attacks on the Chinese now put our nation in peril of being deprived of quick access to any vaccine they develop.

Here in the United States, the first phase of a clinical trial last week in Seattle for a novel coronavirus vaccine, records show, as the world’s scientists race to find a way to combat the deadly pathogen. The Chinese trial began on March 16,  the same day as the U.S. announcement — and is expected to continue until the end of the year, according to a filing in the country’s Clinical Trial Registry, dated March 17.

“Volunteers of the COVID-19 phase one trial have already started receiving the vaccine,”

There are 108 participants in the Chinese study, aged between 18 and 60, who will be tested in three groups and given different dosages. They are all residents of the central city of Wuhan — where the new coronavirus that can develop into the potentially deadly disease COVID-19, which first emerged late last year.

As the coronavirus pandemic rages and governments step up protection measures, pharmaceutical companies and research labs around the world are working with haste to develop both a vaccine and treatments for the virus and the disease it can turn into. There are currently no approved vaccines or medication for the new disease, which has killed more than 13,000 people and infected almost 300,000 worldwide. Still, here in the United States President Trump’s unwillingness to use the tests for the virus offered by the World Health Organization, we may be looking at the infections of far more people than the official 300,000 number.

The vaccine trial announcements come amid an escalating a trade war and escalation of the feud between the U.S. and China over President Donald Trump enraging Beijing by calling the coronavirus the “Chinese virus.”

China’s nationalistic Global Times published an opinion piece last week, noting “the development of a vaccine is a battle that China cannot afford to lose.” However, the effort to develop a vaccine by China or the United States could take another year to 18 months, assuming they succeed.

An antiviral treatment called remdesivir, made by U.S.-based Gilead Sciences, is already in the final stages of clinical trials in Asia and doctors in China as anecdotal evidence it is effective in fighting the disease. Still, it’s going to take randomized trials to allow scientists and physicians to know for sure if it helps or whether patients would have recovered without it.

President Trump’s continued attacks on the Chinese could backfire. China has warned for decades it would take back, by force if needed Taiwan. The Chinese could decide to invade Taiwan just as the coronavirus pandemic hits the United States at its worst.