The Federal Government is Not Coming for Your Gas Stove 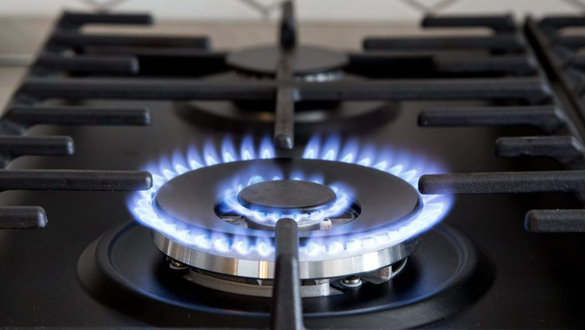 An allegation that federal officials are exploring a potential ban on gas stoves because of worries over the health of children is being retracted by those regulators.

This week, opposition to the proposed ban on gas stoves reached a boiling point, prompting a federal regulator to reverse previous statements.

This week, Consumer Product Safety Commissioner Richard Trumka, Jr. told Bloomberg that a ban on gas stoves was "on the table" due to the correlation between their use and health issues like asthma.

"Products that can't be made safe may be outlawed," Trumka told the reporters. Last month, in a presentation to the Public Interest Research Group, Trumka again mentioned the health risks associated with gas stoves.

A ban on gas stoves is "a powerful tool in our toolbox, and it's a real possibility here, particularly because there seem to be readily available alternatives already on the market," Trumka told Public Interest Research Group (PIRG). He added that regulating gas stoves "needs to be talked about, whether it's drastically reducing emissions or banning gas stoves entirely."

The possibility of a ban infuriated the gas sector and many politicians, who attempted to portray the matter as one of excessive government intervention.

Rep. Byron Donald, a Republican from Florida, sent a tweet to President Biden with the following message: "keep your hands off our gas stoves!!!!"

He said, "I am not seeking to outlaw gas stoves, and the CPSC has no jurisdiction to do so. The CPSC is investigating the health concerns associated with gas emissions from stoves.

Additionally, Trumka clarified that any prohibition would only apply to new items, not the gas stoves that Americans already possess.

On Monday, a member of the U.S. Consumer Product Safety Commission was reported by Bloomberg News as stating that gas stoves "are a concealed threat." This is an accurate quotation; he really did say that, and the first portion of the sentence holds true. Any potential course of action is on the table. When a product can't be made safe, it should be outlawed.

Over the previous several years, we've accumulated much knowledge in this area. There are growing numbers of research and pieces of evidence that gas stoves pose substantial health risks and are a major factor in the rise of several health issues, most significantly childhood asthma.

The next line of the article states that "natural gas stoves, which are used in about 40% of homes in the U.S., emit air pollutants such as nitrogen dioxide, carbon monoxide, and fine particulate matter...at levels the EPA and World Health Organization have said are unsafe and linked to respiratory illness, cardiovascular problems, cancer, and other health conditions."

In December, A recent research that was published in the International Journal of Environmental Research and Public Health found that gas stoves in the house might be responsible for 12.7% of instances of pediatric asthma in the United States. According to their estimates, the experts from the United States and Australia believe that there might be a total of 650,000 persons under 18 impacted. When used in areas with inadequate ventilation and not maintained correctly, gas stoves may create and release deadly quantities of carbon monoxide, methane, benzene, and nitrogen dioxide. This is particularly true when the stoves are not properly maintained. Even when they are switched off, they are still capable of leaking methane, which is a gas that contributes to global warming, according to research that was released in January 2022.

This strategy was borrowed from a 2018 research that revealed that gas cooking ranges in Australia might be responsible for 12.3 percent of instances of pediatric asthma. The study utilized data from the 2019 United States Census to calculate the percentage of children who are exposed to pollution from gas stoves. The researchers also used the findings of a study that was conducted in 2013 and discovered that the incidence of asthmatic symptoms in children living in households with gas stoves was 42 percent higher.

The gas industry has also spoken out against this study. The American Gas Association has stated that the study utilized a "headline-grabbing approach" that lacked scientific rigor and that "the claims made in this paper are clearly driven by simple advocacy-based modeling and hypotheticals over the deep and sophisticated analysis we should see in sound science."

Plans to gradually eliminate the use of gas stoves have been met with significant resistance from industry lobbyists as well as legislatures run by Republicans. Some states and localities, such as New York, have made it illegal to install gas connections in newly constructed homes and businesses, while others have resisted making similar modifications.

Then, during an interview with Bloomberg, a member of the Consumer Product Safety Commission, an independent government organization regulating some items and handling recalls, hinted that the commission may ban gas stoves completely in the future. "This is a danger that has been concealed. Every possibility is now being considered. Commissioner Richard Trumka Jr. states that products that cannot be rendered safe are eligible for prohibition.

The idea made by Trumka is a significant step up in severity. A refund of up to $840 on new electric stoves was included in the Inflation Reduction Act that was passed the previous year. This was one of the ways that policymakers have been looking for methods to encourage Americans to convert away from using gas. In addition, members of Congress have suggested in letters to the CPSC that the regulations regarding gas stoves be made more stringent. On the other hand, a complete prohibition is an entirely another kind of regulating approach. In addition to this, the basis for such a prohibition is still shaky: The results indicate that gas stoves aren't ideal for health (yours, your children's, or the planet's), but they probably don't corroborate the high percentage of asthma cases that have been reported, as the economist Emily Oster said in her evaluation of the new research.

Republicans have accused the administration of Vice President Joe Biden of seeking to ban the use of gas stoves in American families. In response, the White House is fighting back against these allegations.

During Wednesday's press conference, the press secretary for the White House, Karine Jean-Pierre, said President Trump is not in favor of banning gas stoves. "And despite rumors to the contrary, the Consumer Product Safety Commission does not intend to outlaw gas stoves. I simply want to make sure that everything is very clear on that."

Jean-Pierre was replying to inquiries about a possible ban on new gas stoves, a notion suggested this week by Consumer Product Safety Commission member Richard Trumka Jr., who labeled the appliances a "hidden menace" in an interview with Bloomberg News.

Jean-Pierre said that the White House could not comment on questions about the safety or impact of gas stoves.

However, Republican legislators swiftly pounced on Trumka's statements and said Biden and government bureaucrats were coming for American stoves.

Even though the safety commission said, there is no suggestion for a ban, the stove ban farce has continued. In addition, Commission Chair Alexander Hoehn-Saric said in a statement that, despite studies indicating that gas stove emissions might be harmful, he is "not seeking to prohibit gas stoves, and the CPSC has no such action."