The Economy Has Surpassed Its Pre-pandemic Size. 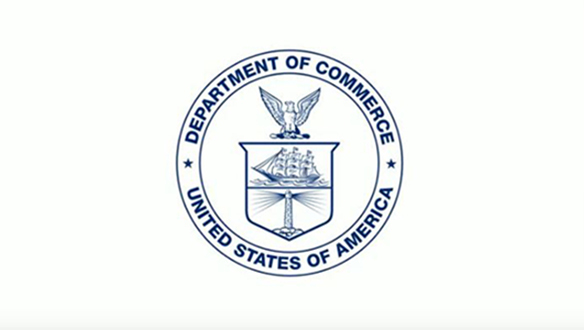 The Gross National Product, grew faster in the April-June quarter than in the first quarter, according to a Commerce Department study.

Last quarter, the U.S. economy expanded at a healthy 6.5 percent annual pace, fueled by vaccines and government assistance, indicating a durable rebound from the pandemic slump.

The economy has now exceeded its pre-pandemic size.

According to a report released on Thursday by the Commerce Department, the nation's gross domestic product — the total output of goods and services — increased at a faster rate in the April-June quarter, up from an already robust 6.3 percent annual growth rate in the first quarter of the year, according to the report.

The number for the quarter was lower than what experts had predicted.

However, this was mostly due to the fact that supply chain bottlenecks caused a greater than anticipated snag in businesses' attempts to replenish their shelves.

Rather than adding to yearly growth, the halt in inventory rebuilding actually reduced it by 1.1 percentage points in the previous quarter.

Consumer spending, on the other hand, which is the primary driver of the U.S. economy, grew at an annual pace of 11.8 percent in the third quarter.

Spending on products increased at a pace of 11.6 percent in the second quarter, a slowdown from the 27.4 percent increase in the first quarter.

The economy also saw a 12 percent increase in spending on services like restaurant meals and plane tickets, compared to an increase of just 3.9% during the January-March period, as vaccines encouraged more Americans to buy, travel and dine out.

The prospect of a resurgent coronavirus in the form of the highly infectious delta variety, however, throws a shadow over the otherwise optimistic economic predictions.

The number of verified new cases in the United States has increased to more than 60,000 a day, up from just about 12,000 a month ago.

The recovery would be hampered if a spike in viral illnesses caused many consumers to bunker down and reduce their spending once again.

Currently, the economy is strong.

Pay climbed 3.6% annually, quicker than before the epidemic.

According to PNC Financial Chief Economist Gus Faucher, an increase in verified viral infections has had little impact on the fundamentals of consumers and companies.

In March 2020, consumer confidence reached its highest level since the outbreak began. As a result, retail sales are expected to continue to grow.

Businesses are also demonstrating a resurgence of confidence in the economy, with orders for manufactured products indicating a strong return on corporate investment.

The recovery has been supported by billions of dollars in government rescue funds, which have been used for everything from stimulus checks to increased unemployment benefits to small business assistance to just-distributed child tax credit payments.

The Federal Reserve reiterated on Wednesday that it would maintain its key short-term interest rate at or around zero percent in order to keep short-term borrowing costs as low as possible.

As part of its ongoing bond-buying program, the Federal Reserve will continue to push long-term interest rates down in order to promote borrowing and spending.

It has been so fast, with pent-up consumer demand propelling growth after a year of lockdowns, that one major danger is that inflation could soar out of control, putting the whole economy at peril.

Consumer prices increased by 5.4 percent in June compared to the same month the previous year, the largest increase in 13 years and the fourth consecutive month of significant price increases.

Some economists have expressed concern that, by delaying the start of the process of withdrawing its extraordinary support for the economy, the Federal Reserve may end up responding too late and too aggressively to high inflation, causing rates to rise too quickly and possibly triggering another recession.

Based on recent inflation readings provided by Federal Reserve Chairman Jerome Powell, current price spikes in a narrow range of categories, such as used cars and airline tickets and hotel rooms and auto rentals, have been distorted by temporary supply shortages associated with the economy's rapid reopening.

Powell reaffirmed his convictions at a press conference on Wednesday. Furniture, appliances, clothes, and computer chips, among other things, are among the goods that are in limited supply.

Adding to the supply constraints is an increase in virus outbreaks at Asian transportation hubs, which has forced several industrial facilities to close their doors temporarily.

Because of this, it is possible that bottlenecks will continue to impede the flow of products to merchants in the United States.

A scarcity of employees has also made it difficult for restaurants, shops, and many other service-industry businesses to fill positions as consumer demand has increased — even for firms who have been increasing salaries in response to the shortfall.

Despite the gradual improvement in the labor market, the unemployment rate, at 5.9 percent, is much higher than the 3.5 percent rate that prevailed prior to the epidemic.

In addition, the economy is still 6.8 million jobs short of the amount it had before the epidemic.

If the shortages in the economy continue for an extended period of time, the economy will most likely struggle to sustain its present strong rate of development.