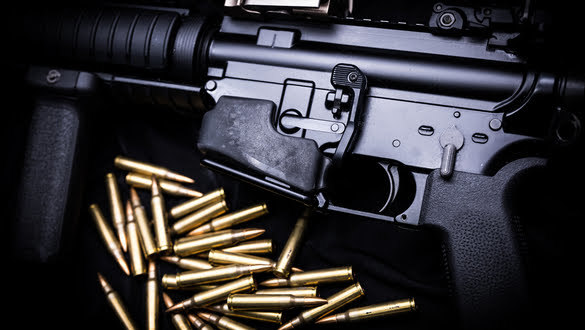 Up to now, there have only been large groups of white supremacists showing up at state capitals and protests around the country, armed with AK-47’s and other weapons of war to the delight of President Trump and his right-wing racists. 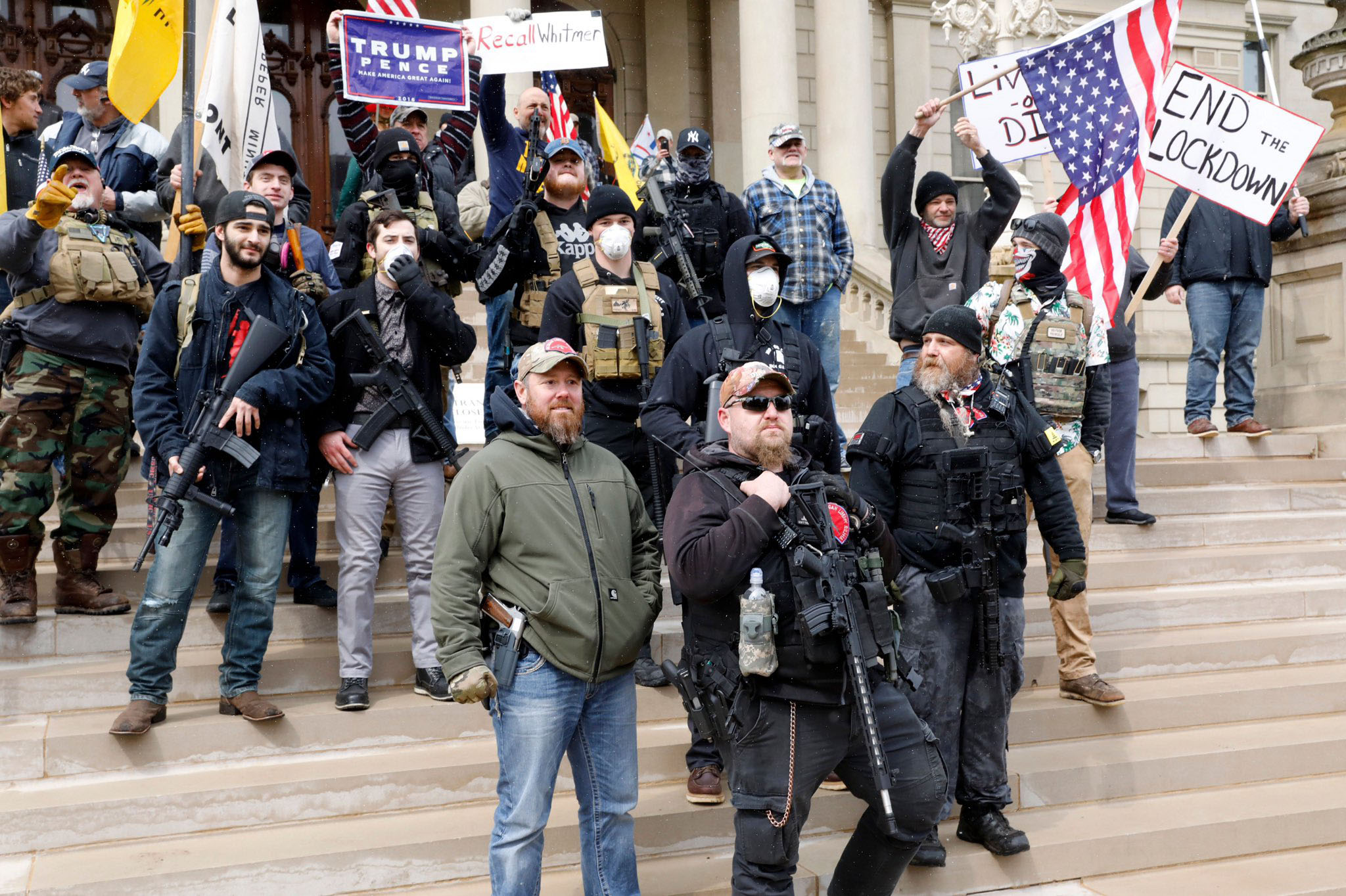 When up to a thousand black men, women and sympathetic people of all races and religions need to show up to peaceful protests with weapons of war to prevent being beaten and murdered by white supremacists and racist police American’s of all political leanings America must begin to realize the legalization of the sale of weapons of war can only be seen as total insanity.

Yesterday, a fully armed group of an estimated 800 to 1000 heavily armed black protesters marched in Georgia on Independence Day to protest one of the largest Confederate monuments in the world. Reuters reported on Friday.

“Stone Mountain Confederate Memorial, a nine-story-high bas-relief sculpture carved into a sprawling rock face northeast of Atlanta, is perhaps the South’s most audacious monument to its pro-slavery legacy still intact.”

“The monument – which reopens on Independence Day weekend after the COVID-19 pandemic forced it to close for weeks, has faced renewed calls for its removal.  The site has been closed since the May 25 killing of George Floyd, a Black man who died during an arrest by a white police officer who pinned his neck to the ground with a knee.”

Upon reopening, a huge group of armed Black and sympathetic multi-racial protesters that calls itself the NFAC "The Not Fuckin Around Coalition." marched through Stone Mountain to show their contempt for the Stone Mountain Memorial to General Robert E. Lee.

We at WallStreetRebel.com have been warning this incident since happening when President Trump continued to smear the “Black Lives Matters” and “Antifa” peaceful social movements.  Police and National Guard violence attacked these groups during peaceful protests; the time-bomb has been ticking to this very point where there would be a violent reckoning since the Trump administration began preaching hate.

The right to carry and bear arms, President Trump and Republican’s disturbing interpretation of the 2nd Amendment to the constitution doesn’t just benefit politically conservative white people but all U.S. citizens, including progressives, liberals, people of color including Black Americans.

Now thanks to NFAC, the American people get to see the consequences of over 400 years of slavery, racism, social injustice, and depriving people of color the right to protest and vote peacefully.

President Trump’s July 3 and 4th Fourth of July speeches were delusional racist rants. There were no heroes among those who took up arms against the Union in 1861 – only traitors. The Civil War was not about states’ rights. That’s a delusional myth pushed from 1890 till today was created to justify southern historians call for continued racism.  State's power cannot justify the legalization of slavery and systemic racism that deprives people of color of their 4th Amendment protections.

We at WallstreetRebel.com have been worried that a group or lone gunman like the one that killed 57 people outside the Mandalay Bay hotel in Las Vegas in 2017 would be motivated by President Trump’s hate speeches and outright racism could kill hundreds of people in a single incident.

We’ve worried since June 1 after the attack by Washington D.C. park police, secret police, and the National Guard’s attack on peaceful protesters in Lafayette Park across from the White House was a prelude to a “Kent State” slaughter by Trump’s government to stay in power. That day is fast approaching if America doesn’t suppress its acceptable RACIST  views.

President Trump will use this armed march of the NFAC to paint them as a revolutionary army taking up arms against his administration and the U.S. government. It’s a cynical yet easy way of trying to make a case for his “law and order” campaign bravado.

When the consequences of President Trump’s hate speech unleash the murder and mayhem, it will be against unarmed peaceful men, women, and children of all races and religions who stand up and march for the social and equality revolution.

President Trump is desperate to take people’s attention away from his disastrous mishandling of the pandemic, his growing Russia “Murder for Hire” scandal, and from the economic nightmare of the current recession turning into a depression worse than that of the 1930s.

President Trump, Vice President Pence, Attorney General Barr, and many other officials and staff members know they will face indictment and trials after President Biden and the new majority of the Senate is sworn in.

If the Democrats win control of 3 of the 4 branches of government on November 3, 2020, General Flynn will be re-arrested and charged with all the crimes he pleads guilty to, and instead of a few months in jail, he will get several years. The House of Representatives will impeach every judge appointed to the bench by Trump, who was not qualified per the American Bar association. Justice Kavanaugh will be investigated for perjury by the House Judiciary, and if he is proven to their satisfaction – he will be impeached. With Justices Thomas and Alito reportedly considering retirement, we could see the Supreme Court shift from a 5-4 majority to an 8-2 minority.

Will National Guard troops fire on peaceful protesters? If they do, they and their commanders will face murder charges.

The sight of 1,000 black men, women, and their multi-racial supporters is surely to enrage white supremacists and will be used to fan the flame of hatred and division by President Trump and his Republican sycophants. How will the sight of 1 million Black Lives Matter, Antifa, Progressive, Liberal protesters of all races and religions, many veterans, armed to the teeth peacefully marching the streets of Washington D.C be confronted by the cowardly traitor in the White House?

Every National Guardsman must understand that they cannot obey illegal orders. Shooting peaceful protesters because they are armed with the deadliest weapons of war – is not a justification. The armed white protesters that showed up around the country in objection to shutdown orders didn’t have to worry about the National Guard. They, as President Trump would point out they have 2nd Amendment Rights – so does everyone else.