The Chinese Will Retaliate. The Trump Financial Crash Approaching 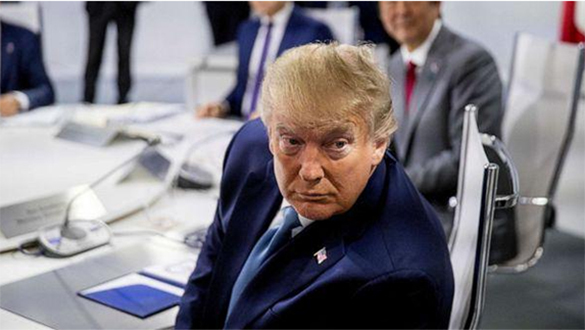 China isn’t going just to let President Trump bully them with a new round of tariffs and sit still to his “order” for American companies to pack up and leave. Expect President Xi Jinping to kick Trump where it hurts.

This past Friday (August 23, 2019) President Trump made it clear in a couple of tweets he believes the United States is better off not having any trading or financial relationship with China. While attending the G7 Trump was quoted as saying…

"I think when they steal and take out intellectual property theft -- anywhere from $300 billion to $500 billion a year -- and when we have a total loss of almost a trillion dollars a year, for many years this has been going on. And in many ways, that’s an emergency. I have no plans right now,"

Trump believes that he could declare a national emergency to force U.S. companies to abandon their businesses and doing business with Russia saying…

"I have the right to if I want. I could declare a national emergency,"

The Chinese have very powerful retaliatory actions in response to Trump’s latest tariff hikes, and escalation despite Trump’s assurances…

"Actually we’re getting along very well with China right now. We’re talking. I think they want to make a deal much more than I do, so we’ll see what happens. We are talking to China very seriously."

Before this past Friday that may have been true. Certainly, before Friday the thought of China suddenly dumping a good amount of its $1.1 Trillion in U.S. Treasury notes and bonds as economic retaliation to Trump’s bluster would be unthinkable even by the most fatalistic prediction. But Trump’s “hereby order” for U.S. companies to abandon China now puts the second-largest economy, it’s President for life in a position to give this reckless U.S. President a taste of what that would mean not to have a economic relationship with China.

Don’t be surprised if the Chinese announce they’re delaying the September negotiations till late October or later in the year and will retaliate to Trump’s latest tariffs. 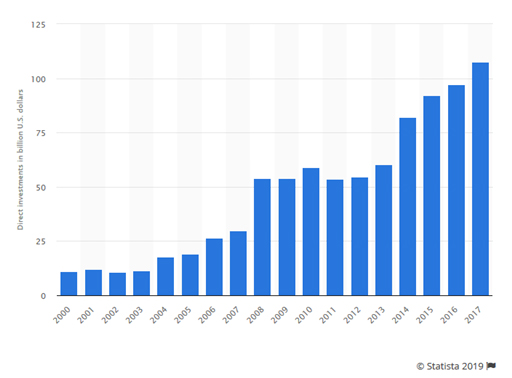 President Xi Jinping could step up its gold purchases using large purchases with China’s US$3 trillion of dollar currency reserves, expand its oil purchases from Iran, defying the U.S. embargo, and make mass arrests of U.S. citizens in China.

President Xi Jinping could also ask Chinese to disinvest in both the United States and Canada and its citizens to leave the United States warning the about the anti-China rhetoric, making them targets of white supremacists. Chinese students pay full tuition to the U.S. Universities and Colleges they attend. There are plenty of Colleges and Universities in Europe...

Xi Jinping could also cancel all of Trump’s business and his family’s trademarks and make a huge deal out of it.

Imagine a vindictive China accusing President Trump, his family members, including Ivanka and husband Jared of peddling influence, only to default on their pay for play promises. Trump insisted on using his phone that had no encryption protection. One can only imagine what they have on recordings. Jared, Ivanka, and all their relations had every word they spoke recorded in China, or elsewhere by China.

President of China could also order his intelligence agencies to step up his nations thefts of U.S. intellectual properties. If the U.S. doesn’t have any relationship with China, then why wouldn’t they steal everything they can and sell it for less to the rest of the world over and over again?

If President Trump is right and he has the power to order American companies to leave China by declaring a national emergency, it will cost those U.S. businesses an estimated $3 trillion. U.S. private investors will lose at least another $250 billion. While U.S businesses have invested about $1 Trillion in China in the last 19 years the value of those businesses, supply chains in the country could be much more than $3 trillion. With a complete shutdown threatened of economic relations, China could also nationalize everything belonging to U.S. companies and investors quickly, so they don’t have time to disinvest. Xi could claim the money would be paid to Chinese who end up losing money because of Trump’s economic war against China and its citizens.

Chinese foreign direct investment into the U.S. has been taking a nosedive since President Trump started this trade war. Falling in 2018 to just $4.8 billion — a massive decline from $29 billion in 2017 and $46 billion in 2016. The Chinese have about $1 Trillion invested in the United States; they can liquidate simultaneously and may be able to salvage US$600 billion. 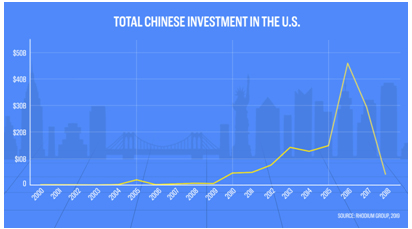 But all of this doesn’t even begin to show the immensity of the danger of an economic war with China. Some estimates put Chinese foreign debt as high as $4.5 trillion. China could collapse the U.S. banking system by defaulting on part or all of its international debts to U.S. Banks and Corporations.

They could force the U.S. Treasury to print U.S. dollars 24/7 for years in attempt paper over the trillions of dollar in debt loses and watch Wall Street turned inside out. European financial institutions could abandon U.S. Banks and Corporations not wanting to raise the ire of the Chinese Central Bank.

Make no mistake; Trump has declared an economic war against China that will devalue the Chinese Yuan making its products and services cheaper in both U.S. dollar, and terms of the Euro. The Yuan could fall another 20%, even 30%. The damage to the U.S. manufacturing sector of having to compete with a hyper-devalued Yuan is incalculable. Meanwhile interest rates and the value of the dollar could soar as China and others boycott Treasury auctions.

The economic and financial shock waves of an all-out U.S. China economic war will accelerate the approach of a recession but the financial damage to the U.S. economic system, to farming, to our major exporting corporations could end up being nothing short of an apocalypse.

The loss of assets I China, belonging to McDonald's, KFC, Coke, Pepsi, Intel, Microsoft, Apple, Google and a thousand of other U.S. companies and hundreds of thousands of U.S. investors could bring on the worst financial Armageddon in human history.

The shock waves and financial damage will make the financial crisis of 2008-09 look like an orderly walk in the park of a well-behaved group of six graders.

The Chinese could tell Kim Jong Un to go right back to long-range testing missiles, nuclear weapons. After all Trump is a dishonorable liar his own people say he has lied 12,000 times since coming to office.

According to I consider a white nationalist far-right idiot who has a Newsmax TV show Wayne Allyn Root, Trump is the second coming. The root is what I call a fake Christian, who doesn’t understand that by calling him the second coming of God, he is claiming Trump is Jesus returned to earth and declaring we are in end days.

Or rather, based on the bible “Deranged Trump” Mr. Root Trump is better described as the antichrist who according to the bible is supposed to precede Jesus return, to wage war with the most powerful armies that have ever existed.

Trump’s fascination with using nuclear weapons, building a military with $750 billion a year budget while he throws children in steel and concrete cages for what his administration wants to become lifetime sentences, with or without their families at the cost $750 a day per body. Mr. Root this isn’t what Jesus would do. It’s what the antichrist; the great deceiver would do as his opening act of cruelty before the seven years of war, and the death and destruction of literally billions of people.

Trump boasts of wanting to be President for another 14 years. Commanding the greatest army ever assembled by humankind, he won’t need that much time to burn the world to a black cinder. Then, Mr. Root, the second coming of Christ, comes but don’t count on his forgiveness.

President Trump, Root’s false Messiah, assured us, ‘Trade wars are easy to win.’ He also assured us he could default on the U.S. federal debt and renegotiate it. Win the war in Afghanistan war in matter of days.

Buy gold, short the U.S. stock market and seek shelter from the economic nightmare Trump is unleashing. The Chinese are not going to put up with his escalation and threats. Worse, Trump continues to show he is a want to be authoritarian. The Kleptocratic, authoritarian white supremacist war he unleashes on the American people may be worse because it can only lead to World War III.