The Beginning Of The End Of The Trump Presidency! 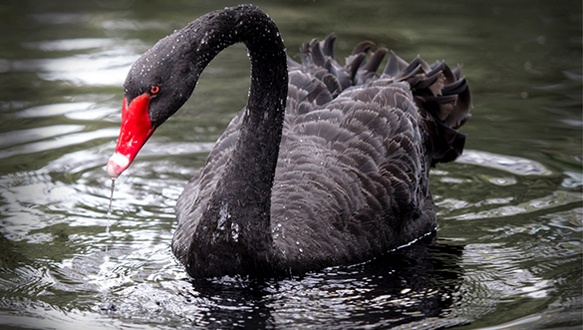 Donald Trump pointed out that the “FEDS” managed to convict Al Capone once they focused on his tax crimes. Now his observation of how Capone was put out of business appears to be coming back to haunt him.

In Trump’s case, however, his tax fraud will open up dozens of Federal, State, and City criminal investigations and charges. Before this is over, his three oldest children will wind up in NY state prison, and President Trump will resign in disgrace. Bottom line: the Feds have flipped Trump’s money man.

News broke this morning by the Wall Street Journal that Allen Weisselberg, the chief financial officer of the Trump Organization and Donald Trump’s money man –and before that his father’s money man– has been granted immunity by federal prosecutors’ investigation into President Donald Trump’s former personal attorney, Michael Cohen.

For all intents and purposes, this amounts to complete access to the President’s most closely held and darkest secrets over the past five decades.

Weisselberg was subpoenaed in the investigation last month. According to The Wall Street Journal, it is unclear if Weisselberg testified as to whether Trump himself knew about the payments to Stormy Daniels and Karen McDougal to keep their stories from becoming public during Trump’s 2016 presidential campaign. The two women were among several who have had extramarital affairs with Trump in the last several years.

Donald Trump ironically pointed out in the past few weeks that the “FEDS” managed to convict Al Capone once they focused on his tax crimes. Now his observation of how Capone was put out of business, appears to be coming back to haunt him.

In Trump’s case, however, his tax fraud will open up dozens of Federal, State, and City criminal investigations and charges. Many of which will be proven beyond any reasonable doubt now that Weisselberg is in the city, state, and federal prosecutors’ control.

Thursday evening, President Trump and the world also discovered that David Pecker, the CEO of the company that owns the supermarket tabloid, National Enquirer, had also accepted federal immunity.

The National Enquirer has been steadily buying stories about Trump’s affairs and scandals and burying them, a practice known as “catch and kill.” Pecker allegedly helped Cohen suppress potentially damaging stories about Trump, but is also believed to have had a safe full of evidence of many other scandals that have been hidden from the public.

Wall Street Rebel believes that before this is all over, Trump’s three oldest children will wind up facing NY state prison sentences and President Trump will be forced to resign in disgrace.

President Trump, after resignation, is likely to spend the end of his life in a special prison on a U.S. Military base in custody and penniless.

Vice President Pence will not be able to pardon him for the crimes he will be prosecuted for in NY. In addition, the Vice President is very likely going to face prosecution for crimes he committed during and after the ’16 campaign. Ironically, all of this is exactly the kind of disruption to the U.S. democracy Vladimir Putin wanted to achieve.

The U.S. Stock Market is rallying while this all takes place. Be extremely careful. This kind of rally in the face of these events may be the prelude to a Black Swan Event!