Terror on the Streets of America The New Political Diversion 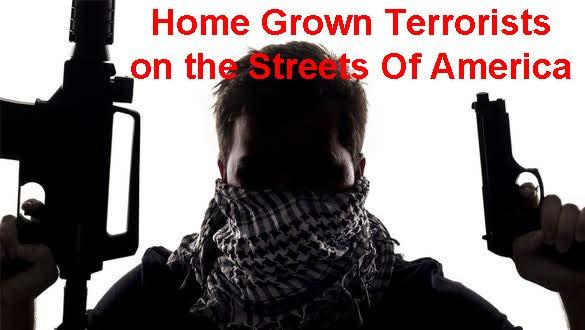 Thirty million people are facing eviction by the end of September, and unemployment applications soar by 1 million a week.  If this news was not horrific enough, the number of coronavirus cases has surged over 6 million, and the number of deaths tops 185,000. The Senate is on recess until September 14, 2000 while the House of Representatives waits for them to return, making emergency legislation to assist a devastated America impossible.  Trump's America's blatantly encourages White Supremacist activity in the streets of America to divert attention away from the real political issues.

Why does America struggle to call white supremacists terrorists?

The U.S. Senate is scheduled to return to Washington on September 8, 2020. At this point, there’s no indication President Trump and the Senate are going to be able to extort the concessions they want from Democrats to provide anything they’ve promised. President Trump’s Executive Orders have failed to deliver on his promises.

President Trump and his Republican lapdogs are stuck between a rock and a hard place. They are trying to explain why they haven’t been able to negotiate a second round of relief to well over 50 million Americans.  As a result, even though Democrats may share the blame, the failure to come up with a deal will not be good for GOP incumbents and only magnify the likelihood that President Trump is defeated in November.

1.     The Democrats will not vote to indemnify employers from employee claims of damages workers suffer on their jobs from the coronavirus.

2.     The Democrats insist on providing the needed financial aid to States, Cities, and localities to replace lost tax revenues. They are appalled at the suggestion by Trump and his GNP the country should provide aid to the airline industry but not to state and local governments.

3.     Democrats are insisting that the $25 billion requested by the Board of Governors of the Post Office, all appointed to their position by President Trump. They also insist that $3.5 billion of the funds passed is focused like a laser beam on protecting and ensuring the post office delivers every ballot cast by mail.

President Trump went to great lengths when running for president in 2016 to insist he would lead this country by getting lawmakers in a room and not letting anyone leave until compromises were hammered out between the White House and Congress. He has not lived up to that promise. As a result, Americans have little if any hope of passing the emergency legislation to prevent the unemployment rate from rising from over 10% currently to 20% by the end of the year.

Schools are reopening, and the reports of new infections are rising sharply. Over 1,000 students at the University of Alabama in just the first 14-days have been reported. School children, contrary to what President Trump repeatedly insists that they are “virtually immune” from the coronavirus, has just become another lie piled on the 20,000 misstatements and lies he has aliquoted since taking office.

President Trump and GOP lawmakers have decided to ignore the reality of the coronavirus from the beginning and continue to ignore it as they campaign for re-election. Instead, they want you to believe that the violence taking place under their governance is somehow solely blamed on only Democratic mayors and governors.  Trump and the GOP want everyone to forget they are the ones in charge and to ignore the fact that the Republican Party has been fanning the flames of white supremacy since Nixon’s 1968 “Southern Strategy.”

President Trump’s racist rhetoric tweets have only exposed the outright racism and attempt to disenfranchise all people of color.

Republicans are already claiming a 6 point rally for President Trump post the Republican National Convention based on an August 29 Morning Consult Poll that shows Biden only leads Trump 50% to 44%.

President Trump and the GOP candidates for re-election and election are left with screaming law and order. At the same time, Americans in the suburbia are confronted by the ugly truth that police and violent white nationalists around the country are murdering black and nonwhite Americans with impunity.

The videos of a police officer shooting Jacob Blake in the back at point-blank range, and of a 17-year-old Trump worshiper and white nationalist vigilante Kyle Rittenhouse walking the streets of Kenosha, Wisconsin with a loaded AR15 Rifle, a weapon of war is now burnt into the psyche of suburbia.

Now we will see more of these white supremacists instigate violence and pull guns on peaceful protesters.

The only people blaming the Democratic nominee for the lawlessness of the police, are the White Supremacist President, Republican Party, and their die-hard supporters.

In shifting their attention to a law and order campaign platform, the president and the GOP are ignoring both getting a stimulus deal passed the continuing coronavirus health crisis.  If the Republicans are not able to legislate through the passage of another $1,250 stimulus to adults and $500 for their dependents may just another reason the Republicans lose control of the U.S. Senate and White House on January 20, 2021.

Trump’s America is the place America fought from becoming 78 years ago. When we as a country decided we were not going to be oppressed as an Axis Nation!