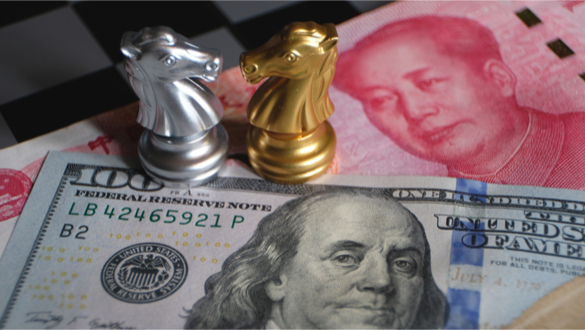 Is President Trump desperate enough to take what he can get from the Chinese and end the misery of his trade war? Alternatively, will the hardliners in his administration and on Fox News keep him from making a deal?

Some good news from the U.S.-China trade talks in Beijing. Talks were extended unexpectedly to a third day according to American negotiator Steven Winberg an Energy Department official who spoke to reporters in Beijing yesterday.

According to Winberg the discussions during the past two days “went well,” and “I can confirm we’re continuing tomorrow.”

Chinese foreign ministry spokesman Lu Kang told reporters at a regular briefing in Beijing that “we will release a detailed readout after they are concluded.” This is a very positive indication considering the Chinese in the past have not waited in the past to express their disappointment during prior meetings to discuss the current trade war.

U.S. Commerce Secretary Wilbur Ross and Chinese Vice Premier Liu He both had already expressed their optimism this past Monday. Ross asserted to CNBC reporters “there’s a very good chance that we’ll get a reasonable settlement,” while Liu He presence at the beginning of negotiations alone was seen as very positive sign by informed observers.

Jeffrey Gerrish, the Deputy U.S. Trade Representative, is leading the American delegation negotiations in Beijing should have the wind to his back in this round of negotiations thanks in part to the U.S. government shutdown. The last thing President Trump needs at this point is a collapse in talks to end trade war with China. Trump is desperate for a win in the wake of the 9% drubbing his party took in the midterm elections that cost the Republican party 40 seats, and control of the House of Representatives.