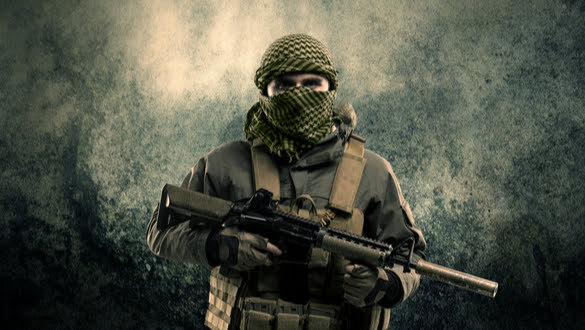 Despite President Biden's promises to the American people that al-Qaida had been "degraded," the message claims the terror group and its affiliates are still alive and aggressively seeking new ways to kill and devastate Americans.

As the Pentagon was speeding the withdrawal of U.S. forces from Afghanistan in early July, a confidential assessment from U.S. counterterror experts was distributed, noting a concerning development thousands of miles away.

According to the publication, for the first time in four years, the al-Qaida branch in Saudi Arabia and Yemen has released a new issue of its online magazine, Inspire.

The magazine praised a mass shooting that claimed the lives of ten people in Boulder, Colorado (even though there was no apparent connection to terrorism) and advised future perpetrators to take advantage of lax gun laws in the United States by purchasing ready-made gun parts for simple at-home assembly.

According to a joint FBI-Department of Homeland Security bulletin distributed to federal and state law enforcement agencies about the attack, al-Qaida in the Arabian Peninsula "additionally encourages attackers to use incendiary/explosive devices — either Molotov cocktails or improvised explosive devices" to "maximize the economic and psychological impact of the attack." the magazine proclaimed.

A copy of the bulletin, which was labeled "for official use only," was acquired exclusively by Yahoo News and sent to its readers.

According to the message, despite President Biden's assurances to the American people that al-Qaida had been "degraded," the terror organization and its affiliates are still very much alive and actively seeking new methods to inflict death and devastation on the people of the United States of America.

While the new edition of Inspire was shocking when it first appeared more than a month ago, officials from the United States and counterterrorism experts say the threat from al-Qaida — and other similar jihadi groups — is only likely to grow in the aftermath of the Taliban's takeover of Afghanistan following the United States' withdrawal from the war in the country.

Concerning the Taliban triumph, Charles Lister, director of counterterrorism programs at the Middle East Institute, a Washington-based research tank, described it as "a dream come true for al-Qaida." "This gives al-Qaida fresh vitality for the first time in many years — if not since before September 11."

Without question, the al-Qaeda of today is a shadow of the terror organization established in Afghan land and protected by the Taliban in the last decade.  At the same time, it plotted attacks on the United States that resulted in significant fatalities in the days leading up to the terrorist attacks on September 11, 2001.

The invasion of Afghanistan by the United States compelled the organization to withdraw its forces.

Following his arrest in the remote mountains of Tora Bora in eastern Afghanistan, Osama bin Laden fled to a compound in Pakistan, where he remained until he was hunted down and killed by United States special forces ten years ago.

In addition to bin Laden, other al-Qaida officials have been killed one by one by U.S. drone attacks, leaving a weaker leadership with an Egyptian confederate of bin Laden's, Ayman al-Zawahiri, still nominally in control and believed to be hiding somewhere in Afghanistan.

However, the organization has fragmented and continues to be a powerful force – in Somalia, Yemen, North Africa, and other parts of the world. And, according to Ali Soufan, the director of the Soufan Center, a national security research organization based in New York, "all of these affiliates operate ultimately under the instructions of al-Qaida central." What makes this moment particularly dangerous is that, according to a United Nations report, the Taliban and al-Qaida have maintained close ties, raising the possibility of a joint attack.

An agreement struck by the Trump administration with the Taliban in February 2020 provided for the withdrawal of all U.S. forces from Afghanistan by May of this year in return for the Taliban's promise to sever all connections with al-Qaida and other terrorist organizations like the Islamic State. A United Nations assessment published in June, on the other hand, found many connections between the two organizations, concluding that the Taliban and al-Qaida "show no sign of severing relations." According to the study, as many as 500 al-Qaida militants remained in 15 Afghan regions at the time of publication.

The wife of a former al-Qaida commander on the Indian subcontinent was among the 5,000 Taliban detainees released last year as part of a peace deal negotiated by the Trump administration and signed by the Taliban. According to the United Nations, Mohammad Hanif, another al-Qaida commander from the Indian branch who was murdered last November, had previously been giving bomb-making instruction to Taliban militants, according to the report.

In his address to the American people on Monday, Vice President Joe Biden promised that if the Taliban or al-Qaida resurrected their assaults on the United States, they would be faced with a resolute reaction.

Because the United States military will not have troops on the ground and will have limited, if any, intelligence assets in the nation to direct drone attacks and the possibility that U.S. Special Forces may return to Afghanistan, the danger from Washington is considerably reduced.

There are now concerns that Afghanistan may once again become a magnet for Islamist militants from all over the globe, in the same way, that Iraq and Syria did with the emergence of ISIS after the withdrawal of American soldiers from those countries.

A report published this week in the Washington Post stated that intercepted "chatter" among Islamic extremists indicated that the Taliban's defeat had become a "rallying cry," which, according to a senior intelligence official from an Arab country, was "incentivizing many jihadis to consider traveling to Afghanistan now instead of Syria and Iraq."

In a move that is even more concerning, the Taliban on Sunday released up to 5,000 prisoners held at Bagram Airfield in Afghanistan, including several "high value" al-Qaida operatives who had "been charged, tried and convicted," according to Doug London, a retired Central Intelligence Agency veteran who most recently served as the agency's chief of counterterrorism for the South and South Central Asia region.

Several high-ranking al-Qaida leaders in Iran, including Saif al-Adel, who is rumored to be in line to become the terror group's next emir and has been indicted in the United States for his role in the 1998 U.S. Embassy bombings in Africa, are also expected to return to Afghanistan, according to him.