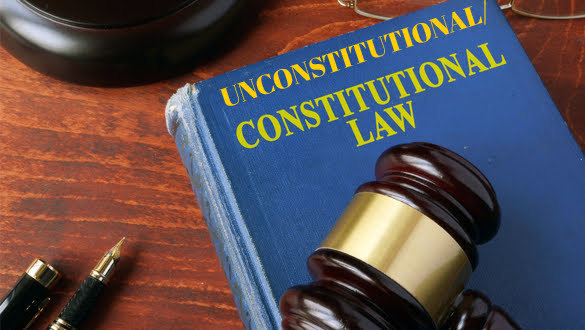 Donald J. Trump’s violated the First Amendment Rights of individuals by blocking those who responded critically to his Twitter account…The US Supreme Court Rules Trump’s actions were unconstitutional.

Monday is decision day for the Supreme Court, and like clockwork, it handed the former President of the United States, Donald J. Trump, another defeat.  The Supreme Court announced it had tossed out an appeal of a lower court ruling over former President Donald Trump’s Twitter account. The decision to toss the appeal came after the Biden Administrations Justice Department filed a motion that made the case that the end of Trump’s presidency made the case mute.

The case involved seven people who responded critically to tweets made by the former president, who is now banned from Twitter. Trump had begun retaliating against people who reacted negatively to his tweets by blocking them. After the seven individuals were blocked by Trump on Twitter, they sued the former president. They won in the lower courts, which all held that blocking individual respondents based on their viewpoints violated the First Amendment.

In the Court of Appeals’ decision for the 2nd Circuit, the justices rendered a decision that said the president’s Twitter account amounted to a form of a public forum and often concerned official matters with White House staff members’ contributions.

The Trump Justice Department appealed the decision by the 2nd Circuit Appeals Court. It argued to the Supreme Court (SCOTUS) that it should reverse that ruling and the ruling of a lower federal court against his blocking their disagreements with his tweets. The Trump Justice Department (DOJ) drew criticism many times for acting as if it was the former president’s personal lawyers. In this case, his DOJ lawyers argued that while the president’s tweets were sometimes official statements, his decision to block individual responses was a personal one allowed by any Twitter user.

President Biden hadn’t even taken office, and a day before his inauguration, he took the oath of office, the Justice Department asked the court to dismiss the case as moot but tried to argue that the lower court rulings should also be vacated.

Meanwhile, Katie Fallow of the Knight Institute, a group that advocates on behalf of First Amendment issues and represented the Twitter users who Trump had blocked, urged SCOTUS to leave the lower court rulings intact…

“There is now widespread recognition that the principles we established, in this case, are important to protecting the vitality of public forums that are increasingly important to our democracy.”

In response, far-right conservative Justice Clarence Thomas wrote that he agreed that the former president appeal should be dismissed as moot. He, however, insisted the case highlighted a problem, namely that was…

Justice Thomas went on to say…

“…to say that something is a government forum when a private company has unrestricted authority to do away with it.”

On January 8, 2021, following the now-infamous insurrection that took place in our nation’s capital Twitter permanently suspended Trump’s account, citing “the risk of further incitement of violence,” in which five people died.