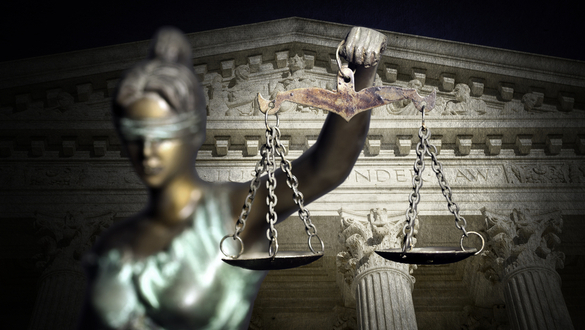 The GOP partisan U.S. Supreme Court in the worst decision since the Dred Scott blessed extreme partisan gerrymandering, giving crooked and dishonest politicians the green light to draw electoral districts that keep them in power indefinitely to openly subvert our democracy.

Chief Justice John Roberts in a 5-4 decision along partisan lines wrote the opinion for the majority that even the most egregious partisan gerrymandering was a political question beyond the reach of the federal court.

“We conclude that partisan gerrymandering claims present political questions beyond the reach of the federal courts…Federal judges have no license to reallocate political power between the two major political parties, with no plausible grant of authority in the Constitution, and no legal standards to limit and direct their decisions.”

The court’s decision ensures state lawmakers will have virtually unlimited license to choose the voters who elect them by intentionally packing the opposing party’s voters into as few districts as possible or spreading them out among many districts, lawmakers can make it next to impossible for the other party to win a majority of legislative or congressional seats.

In the dissenting opinion, Justice Elena Kagan joined by the three other liberal-leaning justices, wrote about the corrosive effect gerrymandering has on American democracy. New technology, she said, would only make the practice more extreme…

“If left unchecked, gerrymanders like the ones here may irreparably damage our system of government… Of all times to abandon the Court’s duty to declare the law, this was not the one. The practices challenged in these cases imperil our system of government. Part of the Court’s role in that system is to defend its foundations. None is more important than free and fair elections.”

“The majority’s idea instead seems to be that if we have lived with partisan gerrymanders so long, we will survive.”

Gubernatorial and state legislative elections that will take place this year and in 2020 will now determine which party controls redistricting for the next decade.

This means that Republicans who currently have the power to draw far more congressional districts than Democrats do (179 to 76 will effectively be able to entrench their party in absolute power and strangle to death of our nation's democracy.

Consider the reality in North Carolina where Republicans have controlled nearly all of the state’s 13 congressional seats since 2012, even though they’ve consistently had only won only little more than half of the statewide congressional vote. The lines are drawn to minimize the votes of people of color by every GOP controlled legislature.

Make no mistake; this partisan SCOTUS decision is everything white nationalists, neo-Nazis, and the KKK need to strip people of color of their constitutional representation in every GOP controlled state in the country and will lead to outrages that will dwarf the murderous rampages of reconstruction.