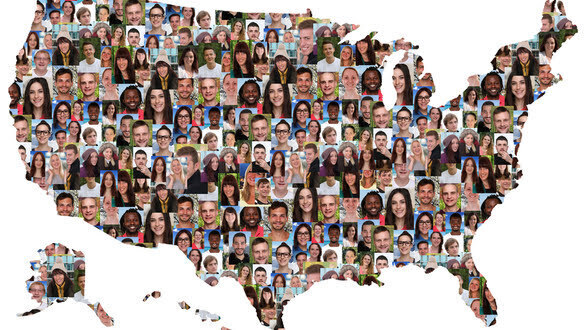 The labor force increased by almost 400,000 people in March, and economists forecast a similar increase in April. Employers are expected to add 380,000 jobs in April, according to analysts.

The tendency for the American workforce to sit on the sidelines has abruptly reversed in recent months, and a dramatic manner as well. According to the latest available data, those in their prime working years who are employed or actively seeking employment have recovered to within a half percentage point of its pre-epidemic level. The workforce increased by more than 400,000 individuals in March, and experts predict that the increase will continue in April.

It is expected that the United States Labor Department will release its employment numbers for April on Friday, indicating that the country saw another healthy month of job creation.

According to a Bloomberg News survey of economists, analysts predict that businesses added 380,000 new positions in April, a modest slowdown from the 431,000 new jobs gained in March. On average, economists predict the unemployment rate will fall by one-tenth of a percentage point, to 3.5 percent, before recovering to the level reached in February 2020, which was the lowest since 1969.

According to the Labor Department, the economy of the United States has recovered more than 90 percent of the 22 million jobs that were lost during the height of the coronavirus-related lockdowns in the spring of 2020. Furthermore, labor force participation has returned more quickly than most economists had anticipated and is already approaching pre-pandemic levels. Despite this, the labor supply has not kept pace with the record number of job vacancies that have occurred in recent months as businesses grow to fulfill the demand for a wide range of goods and services.

The increase in demand has assisted in raising salaries — the April poll is projected to show average hourly earnings 5.5 percent higher than a year earlier — but those gains have been offset by an increase in the cost of living.

Demand from individuals and companies clashed with a disorderly reorganization of the supply of commodities and labor last spring, and high inflation has lingered for a longer period of time than the Federal Reserve had anticipated. A combination of factors has contributed to the pricing pressures, including the war in Ukraine, which has upended energy and commodities markets, and the second round of coronavirus lockdowns in China, which has resulted in fresh supply chain disruptions.

A direct outcome of this is that the central bank has decided to raise interest rates to temper consumer spending, corporate lending, and the need for labor. If borrowing costs reach what policymakers call "restrictive levels," a recession and a reversal of employment gains are possible outcomes.

According to a variety of observers, higher corporate expenses and labor supply difficulties may lead the rate of employment to plateau sooner rather than later: Goldman Sachs Chief Economist Jan Hatzius recently predicted that monthly payroll growth would slow to 200,000 jobs in the following months and would continue to decrease in the future.

Other economists are more optimistic about the labor market, emphasizing the robustness of consumer spending and company investment in production capacity, all of which are factors in the sustained expansion of the labor force.

The Federal Reserve is attempting to calm down the scorching hot employment market in the United States. However, it might take many months before such efforts begin to yield fruit.

On Wednesday, the central bank said that it would raise interest rates by half a percentage point, the largest hike in more than two decades and that it would begin to reduce its asset holdings to keep inflation under control. Immediately following the announcement, Jerome H. Powell, the Federal Reserve chairman, cited the labor market, particularly the record number of job openings relative to the number of unemployed workers, as a reason for the Fed's increased aggressiveness in recent months in monetary policymaking.