Stocks Down Close to 1000 Points Thursday 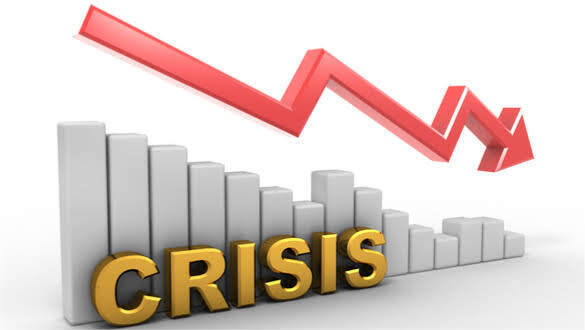 Stock market volatility has increased recently as investors fear that increasing inflation and interest rates would hurt consumer spending, corporate profitability, and the economy as a whole.

In a move that reflects Wall Street's anxiety about what the Federal Reserve's drive to control inflation may imply for the economy, stocks have fallen by 990 points as of this writing, giving up gains from their greatest day since 2020.

The S&P 500 index plummeted as high as 157 points or 3.66 percent at 2:30 pm on Thursday, following a 3 percent rise on the previous day. Government bond yields have risen sharply, with the rate on 10-year U.S. Treasury notes, which serves as a benchmark for borrowing costs, rising to just above 3 percent, the highest level since late last year.

Swings in the stock market have gotten more pronounced in recent months as investors fear that the combination of inflation and rapidly rising interest rates will have a negative impact on consumer spending, business profitability, and — eventually — economic expansion.

On Wednesday, the Federal Reserve boosted its benchmark interest rate by a half percentage point. Investors widely anticipated it, and the S&P 500 surged after Federal Reserve Chairman Jerome H. Powell said in a news conference that policymakers were not considering making even larger increases in the near future — explicitly ruling out a 0.75 percentage point increase at the next meeting.

By making it more expensive for people and businesses to borrow and spend, higher interest rates will help to keep inflation at bay. This will reduce demand. While acknowledging that specific causes driving growing costs are beyond its control, the Fed also pointed to issues such as Russia's war with Ukraine, which has driven up energy prices, and China's recent Covid shutdown, which has the potential to disrupt an already strained supply chain severely.

Scott Knapp, the chief market strategist at CUNA Mutual Group, stated that the markets are now reverting back to expectations for financial circumstances that existed previous to the news conference that took place the day before. According to the Wall Street Journal, "Investors have watched the Federal Reserve shift from its theory that inflation would be transitory to one of considerable concern about its potential duration and impact on the economy."

Because of the Fed's change, the S&P 500 fell 8.8 percent in April, marking the index's worst month in more than a year.

On Thursday, tech stocks, which have been particularly vulnerable to selling as investors reconsider their readiness to take on risky bets, fell by more than a third, according to Bloomberg. In addition to Facebook's parent company, Meta, Amazon was down more than 7 percent on the day of the report. Apple, Microsoft, and Alphabet, the parent company of Google, were also among the companies with reduced stock prices.

Many businesses have blamed growing labor costs for rising prices, and analysts are concerned that high inflation may become more permanent if wages continue to rise at their current rates. A new set of statistics released on Thursday revealed exactly how much those costs are growing, with worse productivity and higher pay contributing to an 11.6 percent increase in unit labor expenses, according to the Labor Department, due to weaker productivity and higher compensation.

In the words of Mr. Knapp, "today's data was shocking and extremely inflationary, suggesting that the good intentions expressed yesterday are unlikely to be achieved."

The retreat on Thursday comes ahead of a pair of widely anticipated economic reports on Friday. On Friday, the Labor Department will release its monthly report on jobs, which might provide a more accurate picture.