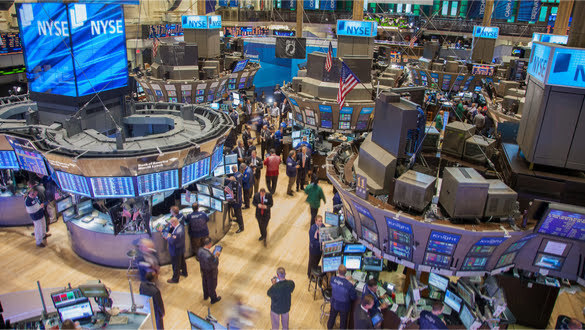 The Stock Market rebounded on Friday, recouping some of the losses it had suffered earlier in the week, despite concerns about inflation and the strength of the U.S. economy.

Wall Street recovered on Friday, moving further away from the bear market territory, but stocks were still on course for their sixth consecutive weekly loss despite the market gain.

Investors continue to be concerned about inflation and rising interest rates. By Friday, the middle of the afternoon, the S&P 500 had gained almost 2%, and the Nasdaq composite had gained approximately 3.5%. After only the first four trading days of the week, the S&P 500 had already suffered a loss of 4.7%.

On Friday, yields on government bonds, which serve as a proxy for investor expectations on future interest rates, increased. After reaching a low of 2.82% on Thursday, the 10-year U.S. Treasury notes yield increased to approximately 2.93% on Friday.

Wall Street has continued to experience significant levels of volatility over the past few months, and the prolonged string of weekly losses has brought the S&P 500 closer to entering a bear market, which is defined as a decrease of at least 20% from recent highs. As of Thursday, the index had fallen by 18% from its all-time high on January 3. The kind of decrease that occurred indicates that investors have become more gloomy about the prospects for the stock market and the economy as a whole. The Nasdaq composite entered a bear market early in March, and on Thursday, it closed at a level that was 29% lower than its all-time high in November.

The decline on Wall Street can be partially attributed to growing concerns about the repercussions of rising interest rates. The Federal Reserve started increasing interest rates in March. As inflation continues to run rapidly — with the most recent report showing that inflation rose 8.3% through April — officials say they may have to take more drastic measures that could cause "some pain." These measures could include raising interest rates further than they have been in the past. On the other hand, economists are concerned that the policy shift would slow down the economy since it might cause consumers and businesses to spend less money if borrowing money becomes more expensive.

Wall Street refers to a prolonged downturn in the markets that shows substantial pessimism about the outlook for the economy as a bear market. As a result of the recent decline in stock prices, the S&P 500 index is getting closer to entering a bear market.

At the very least, according to the majority of traditional definitions, a bear market would have begun in the stock market when the S&P 500 has fallen by 20% from its most recent peak. The index reached its all-time high on January 3, and as of the close of trading on Thursday, it had fallen by more than 18%. On Friday, stock prices increased, with the S&P 500 seeing a gain of almost 1%.

The Nasdaq composite, a disproportionately weighted benchmark toward technology firms, has already entered the bear market territory. As of the close of trading on Thursday, the index had fallen by 29% from its record high reached in the middle of November.

As a result of the combination of the Russian invasion of Ukraine, which resulted in sanctions that severely limited gas supplies; global supply chain problems as a result of the coronavirus pandemic; and an inflation problem that is prompting the Federal Reserve and other central banks to raise interest rates quickly, investors have been fleeing the market in droves. This has led to the declines that have been observed.

This is a bear market bounce until proven otherwise: Schroder’s Ron Insana