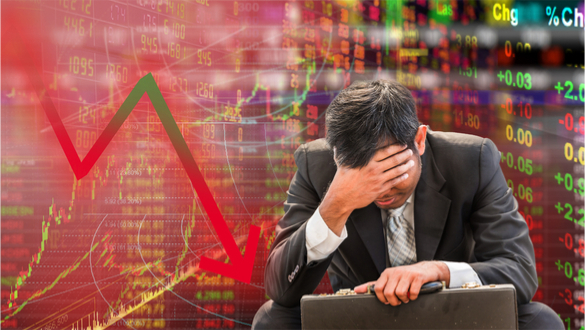 The S&P 500 has lost ground for five consecutive weeks, the longest since June 2011. On Wednesday, stocks rose before plummeting on Thursday. U.S. stocks are expected to fall further on Monday morning.

U.S. stocks are expected to tumble further on Monday morning, according to futures markets. Stocks rallied earlier in the week before suffering their largest single-day plunge since the pandemic began on Thursday. It has been five weeks since the S&P 500 lost ground, marking the longest losing stretch since June 2011.

Even though some Wall Street forecasts are cautiously optimistic, the global economic outlook has become more muddled. Continuous Chinese lockdowns, rising inflation, supply bottlenecks, and a surge in oil prices contribute to the uncertainties in the global economy. In a research report published yesterday, Goldman Sachs predicted that major market indexes would begin to rebound from their recent losses. As the letter pointed out, "the tightening of US financial conditions has partly rebalanced the risks to the Fed's mandate and may have prepared the ground for financial market stabilization."

Further statistics from China generated new fears about the global economy's prospects for investors already anxious about high inflation, increasing interest rates, and continued supply chain disruptions on Monday, setting the stage for yet another day of losses on Wall Street.

On Monday, Asian stock markets were mainly in the negative. The announcement that China's exports slowed dramatically in April resulted in a drop in stock futures in the United States, putting millions of workers out of jobs. China's steel exports, which are considered a leading indicator of global growth, are not expected to rise considerably in May, according to S&P Global analysts.

The price of oil has fallen. Oil prices declined by 2.7 percent to roughly $109 per barrel for Brent crude and $107 per barrel for West Texas Intermediate, the global benchmarks.

This is the most extended losing sequence for the S&P 500 since June 2011, when it fell for the fifth week in a row.

The S&P 500 index gained 26.9 percent in 2021, indicating that there was no unfavorable news that may disrupt the stock market in the United States. Trading was also abnormally quiet, surprising given the coronavirus outbreak's uncertainties.

However, the volatility and losses that have historically preceded recessions have reappeared this time around.

A speculative frenzy fueled by meme stocks such as GameStop and AMC Entertainment sent the index into a tailspin on January 27, and the Federal Reserve warned of the threat of a resurgent coronavirus to the economy; the index had only one day of gain or loss of more than 2.5 percent in 2021.

So far this year, there have been seven trading days with profits or losses of at least 2.5 percent, which is approximately one out of every 12 trading days. There were considerable changes in the everyday routine in March, April, and May.

A considerable period of change happened between 2007 and 2011, primarily due to the financial crisis and its aftermath, before the pandemic wreaked havoc on the stock market in 2020. There had been volatility before that, with the dot-com bubble, fall, and September 11 terrorist events. It is more typical to see huge gains and losses in a row during recessions and their aftermath.

Outside of large events like these, it is more likely to witness only a few significant changes per year unless something unusual happens. For a brief period of time in the last 30 years, there have even been years with no significant movement.

The values of technology stocks and cryptocurrencies are once again plummeting. Bitcoin sank to its lowest point since July 2021, this morning, according to CoinMarketCap. Tech companies, both global behemoths and start-ups are also experiencing the effects of the recession. This year, Netflix, Meta, and Peloton have experienced large declines in their stock values. According to some observers, prices may continue to plummet until they reach levels seen before the outbreak of the epidemic. That would equate to a 25 percent decline in the value of technology stocks. In the case of cryptocurrencies, the decrease may be greater than 60 percent.