Stock Market Shows Signs of Melting Down – Next Week President Trump Will Be Revealed As Being An Un-Indicted Co-Conspirator: All Hell Will Break Loose! 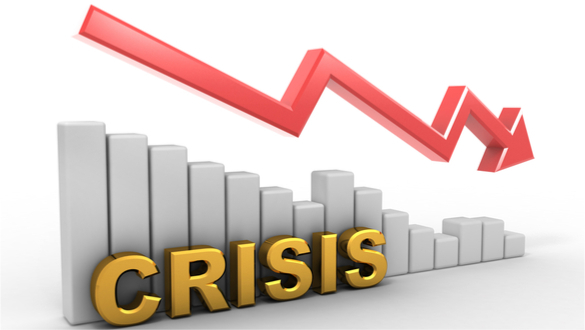 Special Counselor Mueller filed over 30+ sealed indictments before the mid-term elections, as reports of the new heavyweight witness has emerged! All Hell Will Break Lose!

President Trump appointed a new acting attorney general illegally to impede Mueller’s Russian probe. Whitaker’s appointment is unconstitutional and will be forced to step aside but before then the 30+ sealed indictments filed in Federal Court(s) before A.G. Sessions was forced to resign, will be released, and it will become clear that President Trump is an un-indicted conspirator and guilty along with many other of being involved in a criminal conspiracy.

Today the stock market, Dow Jones at 11 AM as I write has already been down as much as 500 points; it’s just a taste of a massive sell-off ahead when news breaks that while President Trump didn’t “collude with Russian, he did become involved in a criminal conspiracy. This revelation if reported will send the world’s financial markets next week into territory that can only defined as complete chaos.

I expect the Dow Jones to swing wildly, and test the support limit established back in February and March of this year where it was at 24,100.

"In federal court right now” (including an indictment of) “some unknown defendant, who is being treated with incredible deference by the federal court system”…

This person according to Maddow …

“Appears to have entered into a hard-fought endgame secret negotiation with Mueller's team as to whether or not he or she must, I guess, testify or hand over whatever Mueller is demanding,"

In other words, there is a key person that has been turned, and it may be that a person has turned against Trump.  Acting A.G. Whitaker is in place for at the very long enough to feed Trump what Mueller has in store for him and his fellow conspirators.

Like many including George Conway (the husband of White House counselor Kelly-Anne Conway) that Whitaker’s appointment is un-Constitutional.  Making the appointment of Whitaker is a train wreck for other reasons. He is not qualified, and according to the FTC a scam artist who helped conspire to steal tens of millions of dollars from innocents. In fact, Whitaker is right now under the scrutiny of the FBI investigation for his part in what amounted to a $26 million consumer scam.

If you’re an investor, you should evaluate all of your positions with a mind to determining a strategy to make money on the way down and to make money on the inevitable bounce back that will come as people digest the reality that Trump’s Presidency is seriously endangered.