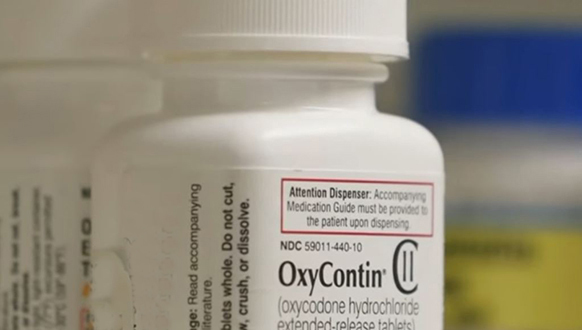 In a landmark settlement, compensation would begin flowing from the opioid defendants to the states and local governments to pay for addiction and prevention services.

Three major drug distributors and a pharmaceutical giant have agreed to release some of the country's most powerful corporations from legal liability in the opioid epidemic. This decades-long public health crisis has claimed the lives of hundreds of thousands of Americans.

The four companies bound by the settlement are widely believed to be Johnson & Johnson, the drug distributors Cardinal Health, AmerisourceBergen, and McKesson.  The continuing national lawsuit against corporate opioid defendants is among the companies with the biggest finances, and this deal was widely anticipated as an essential milestone in the ongoing case.

According to the deal announced Wednesday afternoon by a bipartisan coalition of state attorneys general, billions of dollars would begin coming into communities around the country for addiction treatment, prevention initiatives, and other high-cost items associated with the pandemic.

If the agreement is reached, thousands of local governments and states would be relieved of their cases against the firms and promise not to file any further actions against them.

As the addiction crisis continues to worsen, the accord comes at a critical moment.

The Centers for Disease Control and Prevention said in a new study the number of people who died from opioid overdoses hit a new all-time high in 2020.

The rise was ascribed in part to the isolation and shutting down of services during the coronavirus epidemic.

According to federal statistics, overdoses involving prescription and illegal street opioids have claimed the lives of more than 500,000 people since 1999.

Over two decades, the distributors, who are required by law to monitor the quantities of prescription drugs shipped, have been accused of turning a blind eye while pharmacies across the country placed orders for millions of pills for their respective towns.

According to allegations made against Johnson & Johnson, which sold opioid ingredients to other firms and manufactured its own fentanyl patches for pain patients, the company downplayed the addictive aspects of its medicines to both doctors and patients.

"We know that the opioid crisis is an extremely difficult public health issue, and we have enormous sorrow for everyone who has been affected," said Michael Ullmann, executive vice president and general counsel of Johnson & Johnson, in an emailed statement.

With this settlement, the federal government will provide direct support for state and local initiatives to make significant headway in combating America's opioid crisis.

In a joint statement, they state that they "vehemently deny the allegations contained in these lawsuits," they "believe that the proposed settlement agreement and the settlement process it establishes are critical steps toward resolving governmental opioid claims on a broad scale and providing meaningful relief to communities across the United States."

As a result of the settlement agreed on Wednesday, hundreds of additional lawsuits against a wide variety of other pharmaceutical defendants, including manufacturers, large drugstore chains, and smaller distributors, are still pending.

The majority of those businesses are currently engaged in negotiations concerning their own agreements, which might result in even more money being distributed to states, cities, counties, and tribes.

According to court documents, a $4.5 billion settlement with plaintiffs as part of a bankruptcy restructuring is being negotiated by Purdue Pharma, the maker of OxyContin, and its owners, members of the affluent Sackler family.

Combined with other potential settlements currently underway, Attorney General Josh Stein of North Carolina, whose state could receive up to $750 million from the agreement with distributors and Johnson & Johnson, said that the total amount of money that could be gained from the opioid litigation up to this point was nearly $33 billion.

According to the agreement reached on Wednesday, the country's three distributors would make payments totaling $21 billion over 18 years.

Johnson & Johnson would pay a total of $5 billion over nine years.

In addition, the distributors will establish an independent clearinghouse to track and report on one another's shipments, a novel, and unusual approach meant to make data transparent and to raise red lights promptly when unusually large orders are placed, as part of the deal.

Despite this, there are many obstacles to overcome before any checks are actually sent to the recipients.

The agreement will now be forwarded to several states and municipalities for formal approval and implementation.

The attorney's general did not provide a definitive list of the states that have signed on to the agreement on Wednesday, stating that many states have not yet had the opportunity to analyze the agreement.

A large majority of states must agree to the terms of the agreement before it can be implemented, although the businesses have not given an exact number.

If that criterion is not reached, the companies may withdraw their participation, and the litigation will resume.

The announcement of the agreement — made by attorneys general from North Carolina, Pennsylvania, New York, the District of Columbia, and the states of Delaware, Louisiana, Tennessee, and Connecticut — suggests that a critical mass of states had agreed in principle to the agreement; however, at least one state had already refused to sign on to the agreement before its announcement.

According to Washington Attorney General Bob Ferguson, "the deal is, to put it bluntly, not nearly good enough for our state."

"It spreads out pathetically insufficient funding into modest payments over nearly two decades," says the author.

"We are looking forward to coming into a Washington state courtroom and holding these corporations accountable for their actions," he continued.

Families in Washington who the opioid epidemic has impacted deserve to be heard in court."

It is expected that the bigger the number of local governments that sign on, the greater the amount of money that will be distributed to each state.

According to the agreement, which is hundreds of pages long, there is a complicated tier structure defined by incentives and holdbacks intended to encourage the maximum number of states and subdivisions to sign up promptly.

Elizabeth Burch, a University of Georgia law professor who has closely studied the action, predicted that the lawyers would exert a lot of pressure on their clients, the municipalities, to agree to settlements. If the settlements do not go through, the lawyers will not get paid, she added.

As reported by the Associated Press, more than $2 billion of the $26 billion deal would not be distributed to states and municipalities at all.

It would be used to reimburse the fees and costs incurred by private attorneys representing thousands of counties and municipalities and some states in the opioid-related legal action.

Although their own staff lawyers represent many governments, others, including most cities and counties, were forced to rely on outside counsel to mount such a costly and time-consuming battle.

The lawsuits against the companies will continue in state and federal courts throughout the country while the states decide whether or not to participate. These include one in state court in California against Johnson & Johnson and another in federal court in West Virginia against distributors. Another half-dozen trials are slated to begin in the fall and early winter, in addition to the ones now underway.

However, while Wednesday's announcement marked a significant milestone, the plaintiffs' executive committee, which negotiated on their behalf, stated that reaching an agreement is only the first of many steps.

In his remarks, Joe Rice, the committee's senior negotiator, warned that some states would be required to approve legislation stipulating how the opioid settlement money would be spent and prohibiting future lawsuits.

He said that the new agreement included significantly stricter safeguards to guarantee that funding was directed toward opioid prevention, treatment, medications, education, and other opioid-related issues.

The majority of states are expected to develop their own disbursement schemes in collaboration with their local government counterparts.

Internal formulas have already been negotiated in Ohio, North Carolina, Arizona, Texas, Florida, and other states.

This past month, the New York State legislature enacted legislation to ensure that all proceeds from the opioid case settlement would be placed in a "locked box," where they could only be used to combat the opioid issue.

Notably, the settlement payments will not be used to compensate the relatives of those who have died due to the two-decade-long opioid crisis in the United States.

These lawsuits were brought primarily by state, local, and tribal governments based on a doctrine called "public nuisance," which holds that the opioid supply chain corporations were guilty of creating a crisis that interfered with the general public's health.

To resolve a public nuisance lawsuit, the court will award "abatement" funds, which will be used to fund programs to eliminate the "nuisance."

However, while critics of the current settlement argue that the distributors have a long time to pay their share, supporters of the agreement say that for programs such as substance abuse prevention, education, and treatment to take root, large infusions of cash will be required over an extended period.