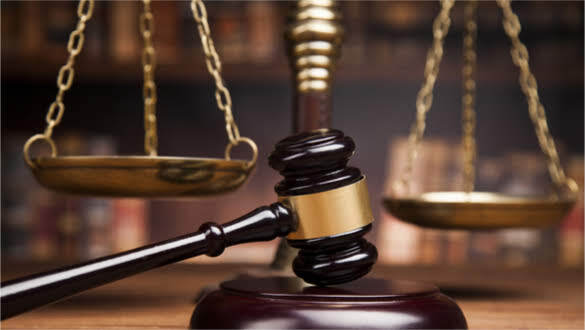 Attorney General Merritt Garland will name a special prosecutor to look into President Trump’s attempts to overturn the 2020 election in Arizona and Michigan and across the country in the days leading up to his January 6, 2021 insurrection. It will investigate President Trump's attempt to use the Department of Justice to overturn the 2020 election.

The recorded phone call in which President Trump demands Georgia election officials to "find" nonexistent votes that would overturn the 2020 election results in Georgia were terrible enough to trigger a state criminal investigation. However, the notes taken by the Acting Deputy Attorney General looking to overturn the election even after being told by his former Attorney General Bill Barr and then by both the acting AG and Deputy AG can't be ignored by President Biden's appointed Attorney General Merritt Garland.

The question of whether he believed the election was fixed should now be the providence of a federal court and jury. Trump's demand for recount after a recount that did not reverse the win of now President Biden and his being repeatedly told by election officials in Arizona, Nevada, Wisconsin, Michigan, Pennsylvania, and Georgia that there was no widespread fraud that would have changed Joe Biden's win and Trump's fear of prosecution now that he was leaving office in various jurisdiction lead to an excellent chance that if tried for him incitement and refusal to put down the January insurrection and his attempt to illegal interfere and overturn the 2020 election, he would be convicted.

Merrit Garland may be waiting for the $1.2 Trillion bipartisan infrastructure bill and $3.5 Trillion bill to pass and be signed into law before he appoints one or more special prosecutors to indict the former disgraced twice impeached president. In the next 90 days, failing to do so would amount to negligence, say a chorus of legal experts.

Relying on state prosecutions may well lead to the indictment and conviction of the former president and some of his sycophants. If there are no indictments, it would be an invitation for the next want to be a dictator to overthrow the U.S. government and appoint him or herself president for life.