Speaker Pelosi Tries To Delay State Of The Union Address 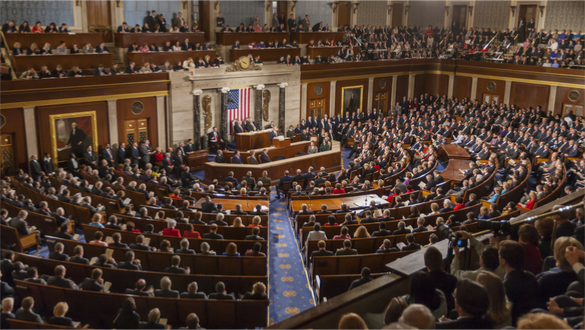 With 25% of the U.S. government shuddered, Pelosi asks Trump to reschedule his January 29th State of the Union Address. Pelosi cites security risks related to the shutdown. House Majority whip Hoyer calls it a “dis-invite.”

Pelosi cited in a letter she sent to President Trump, the cost of the annual event’s security, typically coordinated by the Secret Service and the Department of Homeland Security. Both have “critical departments hamstrung by furloughs” she wrote …

“Sadly, given the security concerns and unless government re-opens this week, I suggest that we work together to determine another suitable date after the government has re-opened for this address or for you to consider delivering your State of the Union address in writing to the Congress on January 29th.” 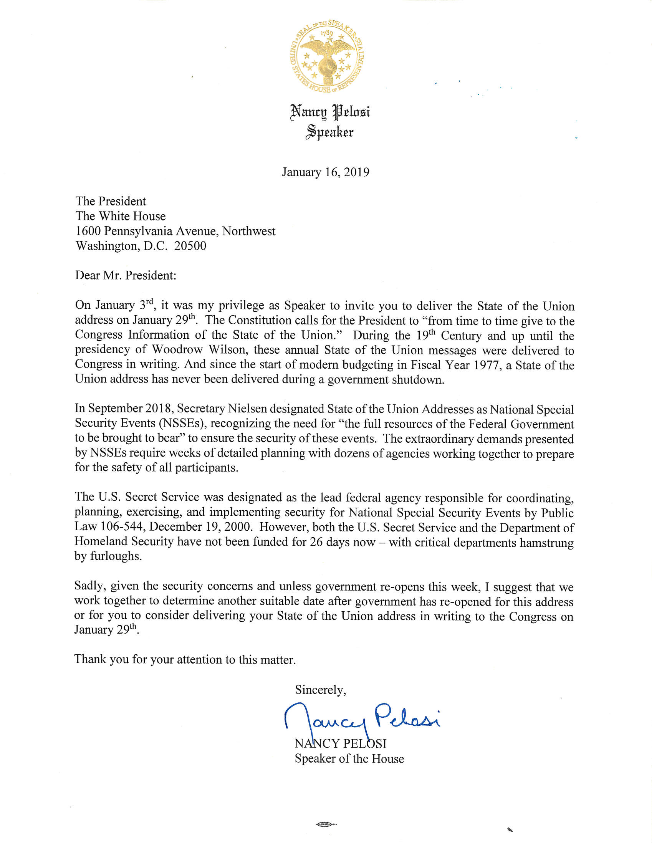 The Department of Homeland Security, considers the State of the Union Address a “national special security event” that demands “some of the most complex and logistically complicated protective operations undertaken by the Secret Service, often requiring anywhere from 3 to 18 months of planning.”

Asked to clarify whether Pelosi’s letter on Wednesday rescinds the invitation, a spokesman for the speaker said: “the letter speaks for itself.” However, House Majority Leader Steny Hoyer the Democrats number two lawmaker in Congress was quoted as describing the letter to President Trump as a “dis-invitation.”

This isn’t the first time a presidential address was delayed in 2011; President Barack Obama agreed to delay an address to Congress at the request of then-House Speaker John Boehner (R-Ohio), over concerns for arranging security in time.