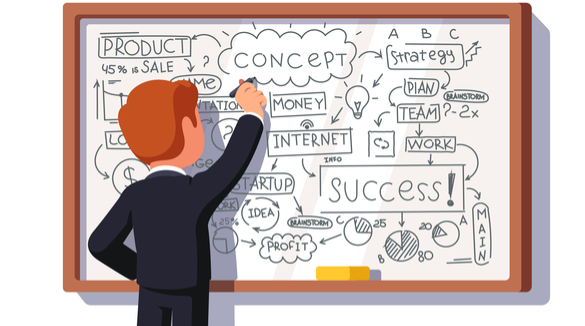 If you're watching the S&P 500, then you probably think the market is skidding into a year-end loss and can't correct in time to save itself.

Even worse, the Russell is down -25.77% from its September peak, and that makes it officially a bear market on anybody's scale.

The stock market is so bad that President Trump has stopped taking credit for it. But we really don't like what we're seeing in the small caps here.

Although the Russell 2000 tends to stay in sync with the larger-cap indexes most of the time, breakaways aren't unusual. But this pattern is.

In the past, small caps have only consistently outperformed the large caps during periods of economic upheaval. Compared to the S&P 500, the Russell excelled during  the stagflation days of the late 1970s to early 1980s. It outperformed the S&P again in the 1991-1993  recession and recovery.

But economic upheaval doesn't apply here. Inflation is under control, employment numbers are good, we're adding jobs, GDP grew 3.4% in the third quarter, and corporate profits were up again, too. Whatever your personal feeling of doom when you turn on the TV news, that's a good economy by definition.

Why the current disconnect?

It looks like the market's smart money isn't buying the narrative spewing from the White House. And it doesn't trust the good economic numbers will last. Donald Trump may have his MAGA-hatters fooled, but his policies are poisonous, and the smart money in the stock market knows it.

The reason the Russell 2000 has become unhooked from S&P 500 and the Dow Jones Industrial Average is that small cap and large cap companies inhabit different worlds. It's not the economy—it's politics.

The large cap stocks of the Dow Jones Indusrtials and S&P 500 are mostly multinationals. They have a measure of immunity from the damage a president and his ever-changing band of minions can devise. If Trumpian tariffs are a problem in the U.S., then they can hope their trade between Europe and Africa or Brazil and China makes up for it. And if that fails, they can be like Apple and get a sweetheart exemption.

The Russell 2000 stocks are smaller companies with less clout. More importantly, for most of them, their business is mainly domestic. The economy may be slowing, but the country they depend for business is deeply confused. The  president can't keep competent staff, his favorites are going to jail or hoping for a plea bargain.

A much respected and revered Secretary of Defense resigns as a matter of conscience. A government shutdown over an ugly wall, most Americans don't even want, makes no sense. Our longtime allies can no longer trust us. The worst governments in the world have embraced us and President Trump has embraced them.

Chaos may play well in a New York TV studio where reality stars are born, but not on Wall Street where competence matters.