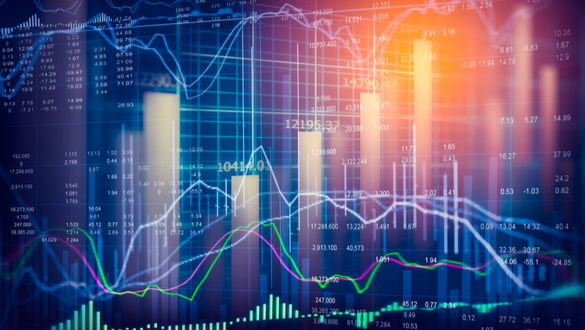 Forget about the warning signs the global economy is slowing down. The resulting interest rates to prevent a U.S. and world recession is driving U.S. stock indexes to new all-time highs.

The major U.S. indexes soared to all-time highs in ahead of July 4th Independence Day holiday, sparked by a rally in global bonds. The rally is believed to be related to investors’ enthusiasm over the prospect of more dovish appointees being appointed to two of the world’s major central banks.

Kit Jukes, the chief global FX strategist at Societe Generale, wrote in a note on Wednesday…

“An absence of inflation, the shortages of ‘safe’ positive yielding bonds that is a legacy of QE (Quantitative Easing) geopolitical concerns and a dovish monetary policy bias almost everywhere are seeing the bond rally go on, and on,”

Also worth noting was comments from Cleveland Fed President Loretta Mester who insisted Wednesday that she needs to see more data before supporting an immediate rate cut, while many of her colleagues are leaning toward loosening policy.

The Dow Jones Industrial Average (DJ) not only rallied on the lower interest rates expectations it was able to set its first new high since October.

The S&P 500 experienced fifth day rallies that further extended its record high, buttressed by S&P Futures which topped 3,000 for the first time in history. The NASDAQ indexes which have already risen past closing highs back in May continue to rise.

Ryan Detrick, the senior market strategist for LPL Financial, was quoted by Bloomberg as saying…

“We’ve seen continued doubt and worry over this bull market for a decade now, yet it continues to defy all skeptics… The bottom line is the dual benefit of both fiscal and monetary policy should help extend this business cycle potentially much longer than many expect.”

This is already the longest economic expansion in U.S. history. Today’s job report served to support Detrick’s optimism about the economic expansion continuing jobless claims came in broadly as forecast, while private hiring numbers came in lower than expected. The jobs numbers coming Friday could further buttress those who believe lower interest rates are coming as the global economy continues to low.