Should Routine Blood Tests Include a Vitamin D Levels 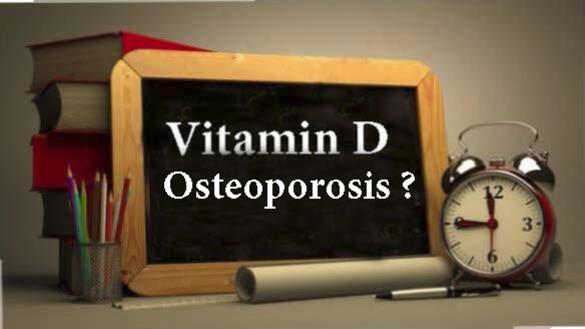 According to a study involving nearly 26,000 people who were given the vitamin D supplement, a daily dose of vitamin D had no effect among the participants who had osteoporosis.

The theory that vitamin D pills could help prevent bone fractures seemed so logical that it was almost universally accepted. Since bones require calcium to grow and remain healthy, it is clear that the body requires this vitamin.

Researchers report that calcium and vitamin D supplements had no effect on bone fracture rates in the country's first large, randomized controlled study. The findings were published in The New England Journal of Medicine on Thursday for those with osteoporosis and those with vitamin D deficiency.

Vitamin D supplements have been linked to a long list of health benefits, but this study found no evidence to support these claims.

In light of this, an editorial published alongside the paper offers some words of wisdom to the millions of people in the United States who take vitamin D supplements and the laboratories that conduct more than 10 million vitamin D tests each year: Stop.

"Providers should stop screening for 25-hydroxyvitamin D levels or recommending vitamin D supplements, and people should stop taking vitamin D supplements to prevent major diseases or extend life," Dr. Steven R. Cummings, a research scientist at the California Pacific Medical Center Research Institute, and Dr. Clifford Rosen, a senior scientist at the MaineHealth Institute for Research, wrote in an article. Both of these researchers are affiliated with the California Pacific Medical Center Research Institute. Dr. Rosen is currently working as an editor for "The New England Journal of Medicine."

According to Dr. Cummings, it is "very hard to do" for people in the general population to reach such a severe state of vitamin D deficiency.

The two researchers are well aware that by making such definitive statements, they are challenging vitamin manufacturers, research facilities, and advocates who have asserted that consuming vitamin D, frequently in extremely high doses, can treat or prevent a wide variety of illnesses and even help people live longer.

For the purpose of the study, there were a total of 25,871 participants, including men aged 50 and older and women aged 55 and older. Each participant was randomly assigned to either receive 2,000 international units of vitamin D per day or a placebo.

The investigation was carried out as a component of an extensive vitamin D study referred to as VITAL. It was started after an expert group that was convened by what is now known as the National Academy of Medicine, a nonprofit organization, examined the health effects of vitamin D supplements and found little evidence to support their claims. The members of the expert group were tasked with determining a minimum daily requirement for the vitamin; however, they discovered that the majority of clinical trials that had been conducted on the topic were insufficient, prompting them to question whether there was any truth to the claims that vitamin D improved health. The National Institutes of Health provided funding for the study, which was initiated after this group's findings.

At the time, the widely held belief was that bone fractures could be prevented by taking vitamin D. Researchers hypothesized that decreased vitamin D levels would lead to increased levels of parathyroid hormone, which would be harmful to the bones.

According to Dr. Rosen, these worries prompted him and the other members of the expert group at the National Academy of Medicine to establish what he referred to as an "arbitrary value" of 20 nanograms per milliliter of blood as the goal for vitamin D levels, and they advised people to take vitamin D supplements in the range of 600 to 800 international units in order to achieve this goal.

Labs in the United States then arbitrarily set the cutoff point for normal vitamin D levels at 30 nanograms per milliliter. This is a reading that is so high that almost the entire population would be considered to have a vitamin D deficiency.

According to Dr. Rosen, the initial hypothesis that suggested a connection between vitamin D and parathyroid levels was not supported by subsequent research. However, since there was still a great deal of ambiguity surrounding the topic, the National Institutes of Health provided funding for the VITAL trial to obtain conclusive information regarding vitamin D and its influence on one's health.

In the first part of the VITAL study, which was previously published, the researchers discovered that vitamin D did not prevent cardiovascular disease or cancer in the trial participants. It did not protect against macular degeneration, improve cognitive functioning, reduce atrial fibrillation, change body composition, lessen the frequency of migraines, improve stroke outcomes, prevent falls, or reduce knee pain.

Another large study, this one carried out in Australia, concluded that people who took the vitamin did not live longer.

Dr. JoAnn Manson, the chief of preventive medicine at Brigham and Women's Hospital in Harvard Medical School and the leader of the main VITAL trial, stated that the study was so large that it included thousands of people with osteoporosis or with vitamin D levels in a range that is considered low or "insufficient." Because of this, the researchers were able to determine that they, too, received no benefit from the supplement in terms of fracture reduction.

Dr. Manson predicted that this would take many people by surprise. For the health of our bones, however, it appears that we only need a negligible to a moderate amount of the vitamin. Greater quantities do not result in a corresponding increase in the benefits."

Dr. Meryl S. LeBoff, an osteoporosis specialist at Brigham and Women's Hospital, who was the first author and principal investigator of the bone study, expressed her surprise at the findings. She was anticipating some kind of advantage.

However, she cautioned that the study did not address whether people with osteoporosis or low bone mass just short of the condition should be taking vitamin D and calcium in addition to taking osteoporosis medications. They should take vitamin D and calcium, as professional guidelines recommend, and she will continue to adhere to those guidelines in her own practice.

An expert on osteoporosis at the University of California, San Francisco named Dr. Dolores Shoback, will also continue to recommend that patients with osteoporosis and low bone mass take vitamin D and calcium supplements.

She referred to it as "a straightforward treatment" and said she would keep prescribing it. Others take it a step further.

Since vitamin D "will do little or no harm and may have benefits," Dr. Sundeep Khosla, a professor of medicine and physiology at the Mayo Clinic, stated that he would continue to advise his patients with osteoporosis to take it, recommending the 600 to 800 units a day that was included in the report by the National Academy of Medicine.