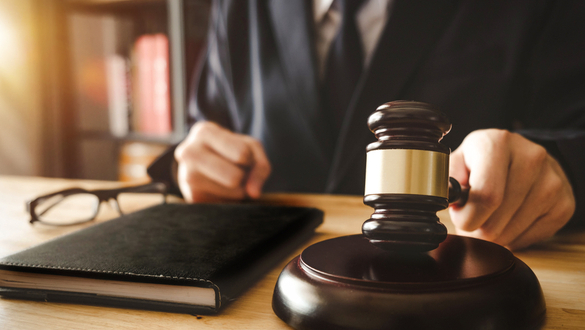 Fox News and Fox Business attorneys say in response to Smartmatic’s lawsuit that they cannot be held liable for their words about the company because they were just doing their job.

The response to Smartmatic’s $2.7 Billion lawsuit Fox News and Fox Business responded by the same defense used by Nazi war criminals, who stood trial after the Second World War.

“We were just doing our jobs.”

Fox attorneys attempt in their filings to claim that the hosts questioned Donald Trump’s attorney Rudy Giuliani and Sidney Powell aggressively during their appearances and thus were acting as journalists.

For this defense to work, it will have to evade the reality that each of these hosts was not clearly in league with the Trump campaign and purposely ignored facts that literally scores of other reporters had already uncovered.

This defense also requires the jury to eventually hear the case to ignore the dozens of times each host appeared to be actively trying to help the former president.  Fox’s endgame was to validate Trump and his minions to overturn the 2020 election by allowing and fanning in many cases a fact-free conspiracy theory they never investigated, researched to determine if they were true.

When these Fox talking heads take the stand for depositions and public testimony when asked why they didn’t investigate the claims being made about Smartmatic, they will have to cite their incompetence or claim they did research that proved the lies they were featuring on their shows – were not lies. That’s not going to happen.

There’s no way a jury will buy into their claims that they did tough interviews unless they can show they researched the claims Giuliani and Powell and weren’t entirely focused on the sensationalism of the claims to bolster the size of their audiences. Fox News, Fox Business, and their hosts will have to overcome the fact that they behaved as cheerleaders, not journalists, in every interview they did.

Fox News and Fox Business will get nowhere in court trying to make the claim their hosts didn’t have a responsibility to investigate the defamatory claims repeatedly being made about Smartmatic.

The two Fox broadcast companies will also have to explain why despite dozens of interviews, no one asked for proof of the claims and why, when proof never showed, why they continued to let these people re-appear on their shows over and over to spread the lies they were telling.

Fox’s lawyers will have to also prove overturning the election wasn’t, in fact, the goal of both networks and the hosts, who all admitted to close ties to the now-former president Trump.

Smartmatic literally has hundreds of hours of broadcasts by these and other opinion anchors at Fox that clearly show they were, in fact, Trump supporters, propagandists who had no interest in facts on the spin Giuliani and Powell were spewing and didn’t care about the truth. Instead, they focused on promoting the “big lie” that Trump was cheated out of a victory in the 2020 election and throwing propaganda bombs to build a larger audience for their and their network’s financial benefit.

The filings by the Fox lawyers for their personalities note instances in which they questioned Powell and Giuliani for evidence to back their claims, as well as Smartmatic’s own denial of the charges. They also argue that Lou Dobbs’ statements appearing to validate his guests’ claims were constitutionally protected opinions, not statements of fact.

Fox Business and Fox News and their hosts are likely to be sued by Dominion Voting Services, another voting machine company defamed by Rudy Giuliani and Sidney Powell, who is already them for $1.3 Billion.

The Fox News and Fox Business defense against Smartmatic is simply terrible and likely meant to buy time in hopes of reaching an out of court settlement that the networks can stomach.