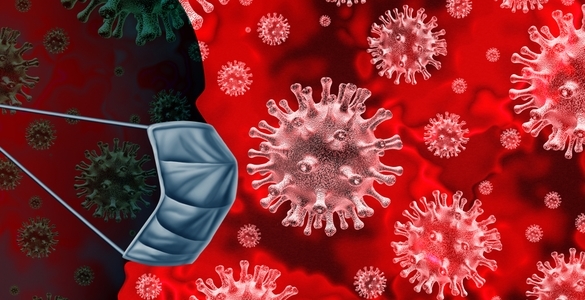 Dr. James Lawler, a professor at the University of Nebraska Medical Centre, has advised hospitals to prepare for up 96 million coronavirus infections and 500,000 potential deaths as a worst-case scenario for the possible extent of the outbreak.

Leaked documents obtained by Business Insider, come from a presentation made by Dr. James Lawler, a professor at the University of Nebraska Medical Centre during a webinar hosted by the American Hospital Association (AHA).

Dr. James Lawler shared a series of slides with attendees on his “best guess” on how the outbreak could impact hospitals and health officials—during his webinar, titled “What healthcare leaders need to know: Preparing for the COVID-19” back at the end of February.

Lawler’s shocking estimate of as many as 96 million could become infected, with as many as 480,000 fatalities is the stuff of nightmares. The leaked documents Presented during his presentation indicate COVID-19 would be especially lethal for the elderly population.

President Trump’s claim that a fraction of 1% could die from the virus looks especially ignorant, according to Dr. Lawler, he estimates…

·        People without any pre-existing medical conditions, there is only a one in 100 chance they could die.

The presentation by Dr. Lawler was his effort to encourage hospitals to prepare for high numbers, so each facility can limit those who die. A spokesperson for Nebraska Medicine told Business Insider the figures Dr. Lawler presented insisted that numbers represent “ONLY” his views and his “interpretation of the data available” at the time. Saying in summation that…

“It’s possible that forecast will change as more information becomes available, and reinforced that webinar reflects the views of the experts who spoke on it, not its own.”

The US death toll as of Sunday morning from the coronavirus here in the United States has risen to 19 people dying, 16 of whom lived in Washington State. As of Sunday morning, more than 400 cases of the coronavirus have been identified in the United States – but testing has been limited because of the lack of test kits. Globally, if you can believe the numbers from China, which are being questioned, the number of cases has risen to over 105,000, with over 3,500 deaths. Italy has no quarantined 16 million in its northern regions.