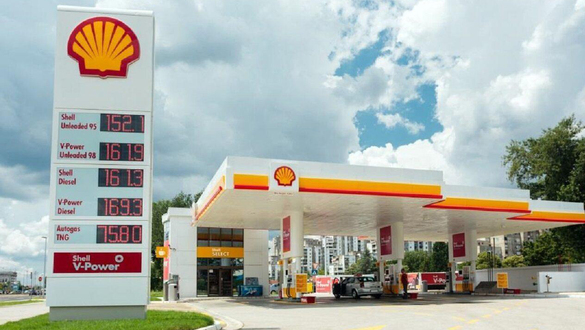 Contracts inked before Russia's invasion are still binding on Shell, and the business is legally required to accept delivery of crude oil purchased from the Russians.

Shell, the British oil company, said on Thursday that its decision to withdraw from its projects in Russia would result in a $4 billion to $5 billion reduction in its quarterly earnings.

Detailed in a shareholder report, the estimate is among the highest publicly acknowledged financial losses suffered by any of the hundreds of firms that have limited or abandoned operations in Russia since the country's invasion of Ukraine.

In contrast, Shell earned $20 billion in profit last year, and strong energy prices are likely to boost its earnings this year – analysts predict the company will earn more than $30 billion by 2022.

Oil giant Shell said in February that it would exit joint partnerships with Gazprom, the Russian state-controlled gas monopoly. It would withdraw from the Nord Stream 2 gas pipeline project, which Germany had halted after the invasion. A more formal split with Russia was revealed in March when the business declared that it would cease purchasing oil and gas from the nation and close its service stations as part of a "phased departure" from its activities.

The action followed criticism of Shell for purchasing a shipment of Russian petroleum at a substantial discount, a purchase that the corporation said it undertook because it was unable to secure alternate supplies of oil at the time. Shell has committed to donating the transaction proceeds to humanitarian relief organizations.

Shell said on Thursday that it had not renewed longer-term contracts with Russia, even though the company was "legally obligated to take delivery of crude purchased under contracts that were signed before the invasion." This comes more than a month after the company's most recent announcement about ceasing business in Russia.

According to some estimates, Shell ships will transport an average of 175,000 barrels of crude oil per day from Russia by 2021, accounting for around 9% of the total volume of crude oil processed by the firm worldwide.

Although many corporations have announced their withdrawal from Russia, not all have published estimates of the financial effect on their respective enterprises. Earlier this year, BNY Mellon warned that it might lose up to $100 million this quarter and up to $200 million this year due to its decision to cease doing business with Russia and comply with its sanctions. On Monday, JPMorgan Chase's chief executive, Jamie Dimon, warned shareholders that the bank's exposure to Russia might result in a loss of $1 billion "over time."