Senate Republicans Will Cause a Wall Street Meltdown 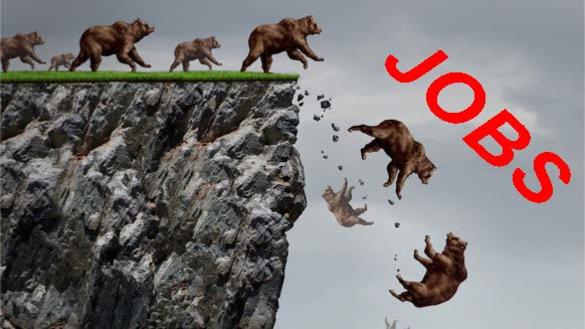 The Tea Party is back in full force. It will do everything it can to cut taxes and give away hundreds of billions to the ultra-rich 1% while forcing state and local governments to lay off millions of workers. In addition they are refusing to fund an extension of the $600 in additional unemployment benefits that end this Friday.

After unveiling the latest Republican Senate coronavirus aid package, which slashes the additional federal unemployment benefit from $600 to $200 per week, Mitch McConnell and other top Republicans are finding themselves on the receiving end of a backlash from members of their own party according to Reuters.

While Democrats have rejected the Republican proposed package, saying that it falls short, some members of the GOP also offered their criticisms, calling the plan too costly.

“I’m not for borrowing another trillion dollars.”

“I’m very concerned about the amount of money we’re talking about.” “What I don’t want to do is bail out the states. That’s wrong.”

Republicans are also annoyed with the provision in the bill that spends almost $2 billion in funding for the construction of a new FBI headquarters in downtown Washington, D.C.

Sen. Ron Johnson (R-WI) said it “was a strange addition.” while Sen. Pat Toomey (R-PA) said he was “a little surprised by” the provision.

When asked about the provision, Senator Graham (R-SC) said that it “makes no sense to me.”

The unwillingness to help the states with their loss of revenues from the Covid-19 crisis guarantees massive layoffs by the red and blue states and, as a result, a massive sell-off on Wall Street as the U.S. crumbles. Another 10 million job losses on top of the 40+ million job losses will result in a Wall Street meltdown. Republican Senators willing to cause that to happen before the election are going to wind up guaranteeing a Democrat landslide win on Election Day November 3, 2020.