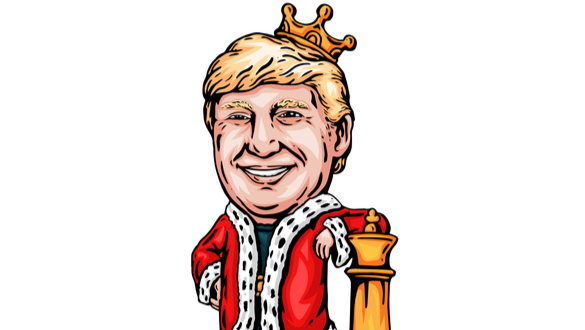 It could be one giant anti-trump clown show that not only makes his re-election impossible but devastates the Republican’s chances of holding the Senate and turns legislatures across the country blue.

The Republicans are threatening to subpoena as witnesses Joe Biden, Nancy Pelosi, and Adam Schiff and a long list of conspiracy theorists as a witness to the Senate impeachment trial of President Trump.

The witnesses will have to produce subpoenaed documents, recordings, and records that they have been hiding from the House of Representatives this past year.

The GOP is likely not going to get Chief Justice John Roberts to destroy his legacy by running a one-sided Senate trial. Roberts is likely to run a trial that allows both parties to subpoena witnesses, records and won’t let witnesses opt-out of attending.

No one should forget that he represents the fifth and swing vote on the Supreme Court. Both parties are not going to question his jurisdictions and decisions as the trial unfolds. He will be focused on his legacy and run a fair trial. Remember his decision on Obamacare.

Let’s next consider for a moment the cross-examination of those likely to be forced to testify?

Rudy Giuliani consigliere and supporter, who is rumored to be under criminal investigation by the Southern District of New York for influence peddling, conspiracy, bank fraud, wire fraud, and other offenses that even with a Trump pardon could be prosecuted by Manhattan DA Cyrus Vance Jr.

He can’t testify for the defense, go crazy with his conspiracy theories and then claim the 5th Amendment on cross-examination.  If Giuliani and others instead plead the 5th, this Senate trial will make President Trump look like an incompetent idiot and might provoke a spectacular backlash from voters next November that turns the White House, Senate over to the Democrats along with Governorships and legislatures just in time for the 2020 census.

“Trump is facing the worst political scenario he could... This is turning into the world’s longest campaign commercial not to reelect Donald Trump.”

Murphy pointed out that even if the Senate votes to acquit Trump in a trial, the likely outcome at this point could help mobilize Democratic voters next fall.

“They’ll turn out like crazy… Trump will be stuck on the defensive…. It’s a net plus for the Democrats.”

“it adds to the overall perception of chaos that surrounds him…If Trump loses [in 2020], it will be because people decide that we just can’t do this for another four years.”

Neither Axelrod of Murphy or for that matter, other analysts have yet drawn attention to the dynamic of a Senate trial, nor the danger of the Democratic prosecutor being able to subpoena records and witnesses. Neither has pointed out just how vulnerable Giuliani, Meghan, Pompeo, Mulvaney, Barr, and other witnesses could be on cross-examination – even without any dramatics by the prosecution.

Videos of one train wreck cross-examination after another used in campaign videos could turn Senate races in North Carolina, Georgia, Kansas, Maine, Arizona, Colorado, and even South Carolina into blue states. Throw in Stacy Abrams as the VP on the Democratic 2020 ticket could keep Senator Doug Jones in Alabama seated for another six years and turnout Senate Majority leader Mitch McConnell from office.

The GOP Senate has only one out. It can once the impeachment trial begins and at any time during the trial, vote with a simple majority to dismiss the charges. It is thus putting them in a position of not having to allow any witnesses to appear. This strategy could, however, be another way towards a spectacular Democrat landslide in November for their party and President Trump.

President Trump has said and Tweeted he wants to be impeached as soon as possible. He’s going to get his wish. Unfortunately for him, it could lead to his indictment and conviction as “Individual #1” and a myriad of other indictments and convictions that will serve as a reminder to any future POTUS desirous of becoming an American King.