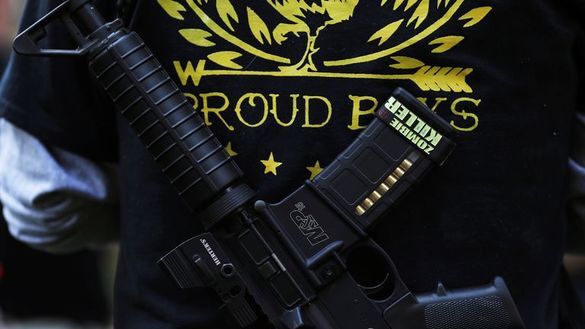 The modifications proposed by the Congressional Senators are meant to ensure that there will not be another attempt in Congress to overturn the results of the presidential election on January 6, 2021.

On Wednesday, a group of U.S. Congressional Senators from both parties introduced new legislation to modernize the Electoral Count Act, which has been in effect for 135 years. This is part of an effort to overhaul a law that President Donald J. Trump attempted to exploit on January 6, 2021, to interfere with Congress's certification of his election loss.

After the attack on the Capitol on January 6, illustrating how the existing law may be used to disrupt the process, the measure attempts to guarantee a peaceful transition from one president to the next. When Congress gathers to make its official count, one bill will make it more difficult for members to challenge a state's electoral votes. It would also make it clear that the vice president does not have any control over the outcomes, and it would lay out the measures that need to be taken in order to start the transition to the next president.

A second bill would enhance the penalty for making threats or attempting to intimidate election officials. It would also push the Postal Service to improve the way it handles ballots that are mailed in.

A group of lawmakers from both parties, led by Senators Joe Manchin III of West Virginia (Democrat) and Susan Collins of Maine (Republican), have been meeting regularly for the past few months to come to an agreement on a rewrite of the law that governs the process of counting electoral votes after the events of January 6, which revealed longstanding flaws in the law.

Even while the bill's authors do not now have the required minimum of ten Republican senators to guarantee that the measure could make it past a filibuster and to final passage, they remain optimistic that they will be able to collect enough support for a vote before the end of the year.

The attack took place as Congress was meeting. After the attack on January 6, when Congress was meeting for the traditionally routine counting of the electoral ballots, which is the last official confirmation of the results of the presidential election before the inauguration, the legislative effort got underway. In the moments leading up to the insurrection, Mr. Trump made a number of fruitless attempts to convince Vice President Mike Pence, who was presiding over the session in his capacity as president of the Senate, stopping the vote count on his own, claiming unsubstantiated allegations of electoral fraud.

Following Democratic victories in 2020, some states passed new laws that made it more difficult for people to vote. In response to this, Democrats sought new legislation incorporating broader voting protections, but this was not included. Instead, the new legislation focuses primarily on the processing of electoral votes. The Republicans have previously thwarted those voting measures in the Senate. Even if there is disagreement on the particular provisions, there is a consensus among members of Congress that the Electoral Count Act needs to be strengthened in some way and that more steps should be taken.

Senator Mitch McConnell, the Republican senate minority leader from Kentucky, told reporters on Tuesday that the Electoral Count Act "does need to be fixed." He added that he was "sympathetic" to the goals of those working on the legislation and was "supportive" of their efforts.

According to the proposal to revamp the vote count, the governor of a state would be the only official authorized to submit the state's list of electors after the presidential election, preventing other officials from doing so. This would be one of the proposed changes to how votes are tallied.

As a result of the impasse that occurred during the presidential transition in the year 2020, when officials from the Trump administration initially refused to provide President-elect Joseph R. Biden Jr. with the funding and office space necessary to begin preparations for assuming power, the legislation would allow more than one candidate to receive transition resources if the outcome remained in dispute.

After efforts by Mr. Trump and his supporters to convince Mr. Pence to rig the electoral vote in Mr. Trump's favor, the legislation would stipulate that the vice president's role is primarily ceremonial and that "he or she does not have any power to solely determine, accept, reject, or otherwise adjudicate disputes over electors." This would be in response to Mr. Trump's and his supporters' efforts to get Mr. Pence to rig the electoral vote.

Senators Shelley Moore Capito of West Virginia, Lindsey Graham of South Carolina, Lisa Murkowski of Alaska, Rob Portman of Ohio, Mitt Romney of Utah, Ben Sasse of Nebraska, Thom Tillis of North Carolina, and Todd Young of Indiana are the other Republican senators who are part of the bipartisan group that is supporting the overhaul. In addition to Ms. Collins, these senators are the other Republican members of the group.

The Democrats are represented in the Senate by Joe Manchin of West Virginia, Benjamin L. Cardin of Maryland, Chris Coons of Delaware, Christopher S. Murphy of Connecticut, Jeanne Shaheen of New Hampshire, Kyrsten Sinema of Arizona, and Mark Warner of Virginia, in addition to Mr. Manchin.