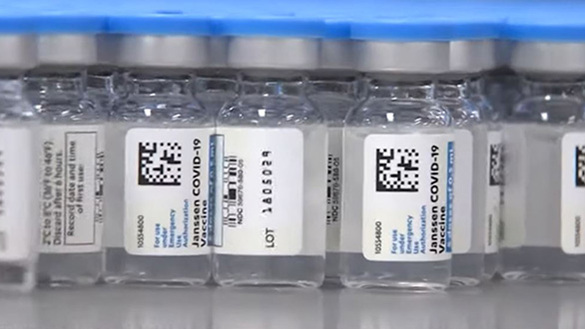 According to a study released on Wednesday by Johnson & Johnson, a booster injection of the coronavirus vaccination significantly increases the levels of antibodies against the virus.

Johnson & Johnson will submit the data to the Food and Drug Administration, which is currently reviewing comparative trials conducted by Pfizer, Moderna, and other companies.

The Biden administration hopes to give booster injections eight months after the first vaccine if the FDA grants permission to do so.

When the government published its first booster plan last week, the Johnson & Johnson vaccine was conspicuously missing from the list.

As a result of the new information, however, the business expects to be included in the first round of distribution of extra shots, which may occur as early as September.

According to Dr. Mathai Mammen, the global head of Janssen Research and Development at Johnson & Johnson, "We look forward to discussing with public health officials a potential strategy for our Johnson & Johnson Covid-19 vaccine, which could include booster injections eight months or longer after the primary single-dose vaccination."

"With these new data, we also see that a booster dose of the Johnson & Johnson COVID-19 vaccine further increases antibody responses among study participants who had previously received our vaccine," said Mathai Mammen.

In February, Johnson & Johnson received emergency approval from the Food and Drug Administration (FDA) for their one-shot vaccination.

A clinical study conducted last autumn and winter found that a single injection effectively avoided symptomatic Covid-19 among individuals in the United States, with a 72 percent effectiveness rate.

During the study, none of the vaccinated volunteers were admitted to the hospital or passed away.

Johnson & Johnson conducted their clinical study before the Delta version of the virus became prevalent, leaving the issue of how effectively the vaccine performed against the more virulent form of the virus unanswered at this time.

The Johnson and Johnson vaccine, on the other hand, was shown to be up to 95 percent effective against mortality from the Delta strain, according to a study published earlier this month in South Africa. The vaccination also decreased the chance of hospitalization by 71 percent.

Six months after vaccination, there had been minimal change in the number of antibodies in their blood.

This is in contrast to the trend that was seen with the Moderna and Pfizer-BioNTech vaccines.

Those injections initially cause more significant amounts of antibodies to be produced, but those levels gradually decline over many months.

Participants in the Johnson & Johnson study received a booster injection six months after the first dosage. Their antibody levels against the coronavirus increased ninefold compared to those following the first dose.

Studies on the Moderna and Pfizer-BioNTech vaccines showed that antibody levels increased similarly.

There was no head-to-head comparison of the three vaccinations. Therefore it is not feasible to establish which one offers the most benefit in terms of overall effectiveness.

This month, Johnson & Johnson said that it had submitted a paper detailing the study to the medical research website Medrxiv.

It has not yet been placed on the website.

An increasing number of studies have shown that greater antibody levels may offer superior protection, particularly against the Delta form.

However, other components of the immune system, such as T cells, are equally critical.

As a result, this data cannot be used to make an accurate prediction about the effectiveness of the booster injection against Covid-19.

Doctor Dan Barouch, a virologist at Beth Israel Deaconess Medical Center in Boston who has worked on many Johnson & Johnson trials but was not part of the booster study, said it was too early to predict how well the vaccine will protect people.

The researchers at Johnson & Johnson also discovered that the booster boosted the body's production of immune cells, which are capable of attacking cells infected with the coronavirus in addition to antibodies.

Those findings are currently in the process of being prepared for publication.

The Johnson & Johnson vaccine delivers coronavirus genes into cells through an adenovirus produced by the company.

When the firm began its clinical studies, several experts questioned whether individuals would develop antibodies against the adenoviruses, which would render a booster ineffective if they did.

According to the latest results, this is not the case.

Virologist Lynda Coughlan of the University of Maryland School of Medicine, who was not involved in the research, stated, "Something we previously would have thought to be a significant obstacle may not be such a tremendous barrier after all."

The Johnson & Johnson vaccine is the only one approved for use as a single dose in the United States or Europe.

For several months, the firm has been conducting a clinical study to see how much protection individuals get from two doses given two months apart.

The findings of the study are anticipated to be available within a few weeks.

It was discovered that after participants in that study got the second dosage, their antibody levels increased by a factor of three.

The new booster trial showed a much higher rise is most likely due to the extended time between doses.

The six-month hiatus allows the immune system to build a more developed response to the coronavirus during that period.

A contractor's mismanagement of Johnson & Johnson's vaccine production in a Maryland facility resulted in significant delays in the company's vaccine distribution in the United States earlier this spring.

According to the Centers for Disease Control and Prevention, just eight percent of Americans who have been vaccinated — or about 14 million individuals — have gotten a Johnson & Johnson vaccine.

Since then, the vaccination supply in the United States has increased.

According to a federal official, the government has enough stocks in reserve to provide boosters to everyone who has gotten the first dose of the Johnson & Johnson vaccine if the government approves the practice.

The announcement of possible Johnson & Johnson boosters for Americans may disappoint those in other nations who are still waiting for their first doses of the vaccine to be delivered.

Only two million individuals in South Africa have got the vaccination, despite the country having ordered 31 million doses of the vaccine.

One of the top executives at Johnson & Johnson said the firm expected to manufacture 500 million to 600 million doses worldwide by the end of 2021 in an interview with CNBC last month.

How long the elevated antibody levels generated by the booster will persist is still up in the air.

According to Dr. Coughlan, while there have been no long-term human trials, "I would assume that those reactions should be sustained after the boost."